On May 17 Syngenta, the manufacturer and distributor of paraquat-based herbicides, filed a lawsuit in the Superior Court of the State of Delaware seeking a declaratory judgment that would compel nearly 100 insurers to undertake Syngenta’s defense in the growing number of product-based personal injury lawsuits. The underlying lawsuits focus on the link between the herbicide and Parkinson’s disease, which appears with disproportionate frequency in professionals who used the product under license and according to the manufacturer’s directions. Syngenta Crop Protection, LLC v. Travelers Casualty and Surety Company also seeks damages against insurers who, according to the company, also breached other contractual provisions. Some of these breaches allegedly occurred decades ago. 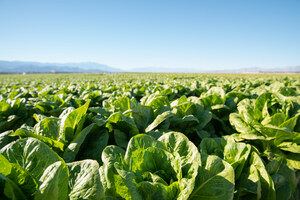 The insurance lawsuit is one indicator of the gravity with which Syngenta views its possible liability under the lawsuits consolidated for pretrial proceedings in In re: Paraquat Products Liability Litigation, Judicial Panel on Multidistrict Litigation, No. 3004 in the Southern District of Illinois. Other lawsuits, which may proceed to trial or settle outside of the MDL, add to Syngenta’s potential liability. The specter of the Monsanto Roundup lawsuits may be part of what haunts Syngenta corporate management.


Paraquat is extraordinarily toxic, with no known antidote. It is classified by the EPA as a “restricted use pesticide” and is not available to the general public; it can be applied only by certified professionals. To date, 32 countries have banned its use. In the United States, however, paraquat is still widely used on more than 100 commercially important crops including soy, corn, and cotton.


The majority of the Complaints in the Paraquat MDL have been brought by farmers, farm hands, landowners and others who worked as professional sprayers at some point in their careers. They now, or prior to their deaths, suffer from Parkinson’s disease; some also suffer from kidney disease, as well.

They claim that their injuries were caused when they inhaled or inadvertently ingested sprayed droplets, or absorbed the chemical through the skin, even though they used the product according to the manufacturers’ directions and licensing requirements. The bases that they assert for recovery generally include: Additionally, various paraquat lawsuits include claims brought under state deceptive trade practice and consumer fraud acts. They seek damages for lost income and medical treatment, as well as for pain, mental anguish, and disability. This, along with the cost of legal representation, is the basis for Syngenta’s claims against its insurers.


The earliest of the paraquat lawsuits was filed in the latter months of 2020. Since the beginning of June, when the MDL was created, more than 126 lawsuits have reportedly been added and are likely to be consolidated into the MDL. Most allege that Syngenta’s paraquat-based formula led to the later development of Parkinson’s disease. The MDL is still in the earliest stages of development. A trial date has, however, reportedly been set for November 15, 2022.

It is far too early to speculate about what Syngenta’s legal costs and liabilities are likely to total. The most obvious comparison is with the Monsanto Roundup lawsuits, however. These have been the subject of an MDL in California.

Three Roundup bellwether lawsuits have gone to trial and, as of May 2019, have resulted in jury awards to the plaintiffs of $20 million, $25 million and $2.055 billion. Monsanto and its corporate parent, Bayer A.G. are involved in settlement negotiations. There are differences between the Monsanto Roundup and paraquat lawsuits, of course, but the previous litigation may be a motivating factor in Syngenta’s decision to seek additional contributions from its insurers.

Parkinson’s disease is a progressive condition that often has a long period when it is asymptomatic. It also generally appears in older individuals. The central problem that Syngenta’s lawsuit seeks to address is the very long latency period of the disease, particularly associated with paraquat exposure. For example, Thomas Hoffmann, who died within weeks after filing one of the earliest lawsuits against Syngenta, claimed that his exposure to paraquat had occurred from the 1970s to the 1990s.

In the case of Syngenta’s insurance lawsuit, the issue manifests as an insurance dispute that involves insurance coverage that has long since lapsed under contracts between Syngenta’s corporate predecessor, Imperial Chemical, and the predecessors of currently-existing insurance companies. Some of these contracts, like the farm workers exposure, goes back as long as 50 years.

Posted by
Derek Foden
on September 8, 2021
I am now 59. With the new herbal medicine for Parkinson I purchased from  Multivitamincare . org  was my only way to get rid of my PD,the herbal formula effectively reversed my condition and alleviated all my symptoms, people are suffering from this Parkinson disease due to lack of information.