You have to wonder where the priorities are when a medical products company allegedly chooses to ignore the advice of its own million-dollar expert and releases what turns out to be a problematic product. Apparently, such was the case with the Panacryl Absorbable Suture, manufactured by the Johnson&Johnson division of Ethicon.

While absorbable sutures were not new, the Panacryl suture was released to the market in 1999 promising added strength and wound support for as long as six months - a feature especially useful in ligament repairs. Panacryl was a braided, synthetic material that afforded the dual features of added strength, together with the disappearing act. 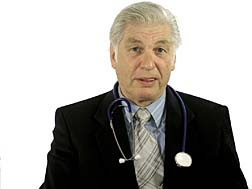 However, published reports suggest that a high-ranking company official raised serious concerns over the release of the Panacryl suture, referring to "numerous adverse events" associated with the product, presumably during testing.

In spite of those alleged objections, the company introduced the Panacryl suture to the marketplace anyway and continued to receive reports of a host of complications, ranging from failure of the sutures to absorb in the body and the formation of suture Granulomas under the skin (created by scar tissue forming around the lingering suture), to elevated risks of infection and the 'spitting suture phenomenon'. The latter is when the still-imbedded suture fragments slowly migrates outbound as the result of the body's attempt to reject a foreign object and the suture pops out through the skin.

Ethicon finally recalled the Panacryl suture on March 28th of last year - but not before subsidiary Johnson&Johnson had distributed well over one million units of the suture throughout the United States, as well as internationally.

Most of the complications arising from the Panacryl synthetic suture have arisen from use in soft tissue surgeries, especially involving the lower abdominal area. There are horror stories of patients haunted by the lingering stitches for upwards of two years. Many required additional surgeries to remove sutures and heal infections.

One 'adverse event' report posted on the official site of the U.S. Food and Drug Administration articulates the suffering of a patient who required two additional surgeries to clear out retained Panacryl sutures. The reporter of the adverse event, presumably a qualified medical professional, indicated a request to speak with a surgeon from Ethicon to consult over the Panacryl issue, but there was no follow-up from the surgeon. In speaking with other, unnamed Ethicon representatives about patient issues, the adverse event reporter claims to have been told that the sutures were no longer being produced, due to the fact sales volumes were not high enough to justify continuance.

Elsewhere in the adverse event summary, the reporter reveals, "the problems with this suture for vaginal reconstructive surgery have been extensive." This dovetails with previous indications that most problems with the Panacryl suture have involved soft tissue surgeries. And yet, the product indications and usage, according to the reporter of the adverse event submission in question, reads as follows: "Panacryl suture is indicated for use in general soft tissue approximation and/or ligation and orthopedic uses including tendon and ligament repairs and reattachment to bone but not for use in ophthalmic, cardiovascular, or neurological tissue. Panacryl suture is particularly useful where extended wound support (up to six mos) is desirable."

The adverse event report noted above is undated, so the timeframe for this missive arriving at the FDA relative to the eventual product recall, remains unknown.

More News
However, the content is compelling, and reflects a medical professional's frustration with the Panacryl suture, mirroring the concern raised by a former Johnson&Johnson medical official before the product was even released to the market.

In the end, the absorbable sutures were found to routinely fail from an absorption context. The body's immune system can interpret the suture as a foreign object, and reject it.

There are numerous Panacryl lawsuits weaving their way through the courts. It is an ironic parallel that the suture which refuses to go away and pops up through the skin is not unlike the lawsuits popping up all over the place, as former patients with horrid Panacryl experiences insist that someone has to answer for the assault on their health.

In the end, the Panacryl suture may have left people in stitches - but they're not laughing.