Johnson & Johnson made the news June 20 after a West Palm Beach federal court jury awarded $5.5 million to the family of a young man who died while wearing a Duragesic pain relief patch. The Duragesic patch joins J&J's Panacryl suture as a newsmaker. Both products have hung J&J out to dry in court -- and both have left a trail of victims.

The Panacryl suture, which first came on the market in 1999, was a braided, synthetic suture intended to be left internally at the surgical site and absorbed by the body after maintaining its supportive strength for about 6 months. 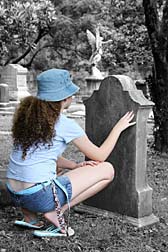 Unfortunately, in many cases the Panacryl sutures did not dissolve away, but fragmented and floated through body tissue, creating numerous dangerous and painful infection sites. Patients with severe illnesses requiring surgery, especially lower abdominal surgery, went on to have recurrent infections and untold misery when the Panacryl sutures turned into nasty foreign bodies.

The Panacryl suture was recalled in 2006. The lawsuits of the victims and their families are now going through the courts, with new cases still surfacing.

The Duragesic patch, introduced in 1990, releases the opiate drug fentanyl into the skin through a gel. Fentanyl has been described as being 100 times more powerful than morphine as a painkiller, and researchers say it can cause addiction or death for some users.

There have been numerous reports of the gel leaking from the patches. In 2004 about 2.2 million of the patches were recalled by the company because of concerns about leakage, and critics have called the patches unsafe and dangerous.

More News
In July, 2005, the FDA launched a probe into 120 deaths linked to the patches, and has not yet finished that investigation.

There are currently approximately 30 cases involving claims of injuries and death caused by use of the fentanyl patches before the U.S. courts.

In the West Palm Beach case, the family of 28-year-old Adam Hendelson sued J&J subsidiaries after Adam's unexpected death in December, 2003. The claim was that he had overdosed because of leakage from a Duragesic patch.

For more on Adam Hendelson's story, see Part 2 of this article.