When George was hired as a designer/sales "specialist" with Lowe's Home Improvement store, he agreed on making only $12 per hour to start. They neglected to tell George that he would be working 50-hour weeks, like most other "specialists" in the store. "According to Lowe's world, specialists don't qualify for overtime," says George, "but I later found out they are violating federal overtime laws." 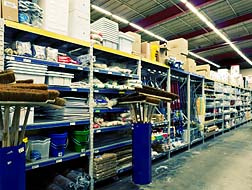 So what is "special" about a specialist? According to Lowe's it is an exempt position, thus allowing the retail giant to schedule employees such as George 50-plus hours per week with no overtime pay. But George was paid an hourly rate and his job was identical to other "floor" employees who are not classified as specialists and are paid hourly.

George quit his job in 2004, and since then he has done some research online. "I found out that specialists are hourly workers," says George, "and when I was hired, I was paid an hourly wage. The manager at Lowe's told me they could only afford $12 per hour to start, but I figure they can afford a lot more than that with all the overtime they don't have to pay…

"After working at one location for several months I relocated to Las Vegas and they gave me a $2 per hour raise, but I was still getting an hourly rate. The bottom line is that I was led to believe I was hired as an hourly employee. They never said I would be paid so much per year, a salary.

We did get a lunch break and one 15-minute break during the day but I never discussed overtime with my co-workers, partly because I was isolated from everyone else—I just designed and sold kitchens in the kitchen department and only had passing contact with my co-workers. But the main reason had to do with their intimidation factor. Corporations have a way of intimidating their employees. They have the power, they know it and they use it. And I was worried about getting fired.

I never considered asking for overtime because when I talked to anyone, they said the specialist was separate from the regular workers so I just thought this was their corporate setup. But in my previous job as a union carpenter in Chicago, I always got paid time and a half. At that job I had the union backing me up so I knew that I would always get paid overtime—and you could never be intimidated.

More OVERTIME News
I had no idea how many more hours a week I would work over and above the regular 40 hours until I saw the schedule. Throughout my entire employment I worked six days a week, including some Sundays. After working in Vegas for 6 months I quit so I worked at Lowe's for just over a year in total.

I was frustrated because I couldn't stand up to them—that was the bottom line. About half the store comprises specialists and we were all required to work 50 hours per week. I knew about the overtime law—that you are entitled to time and a half over 40 hours per week— but just took it for granted that because I was classified as a specialist I didn't qualify for overtime. I just thought Lowe's corporate interpretation was correct. But that isn't the case."

George says he hasn't figured out how much Lowe's owes him in overtime pay, but it is probably close to $10,000, plus interest. "Although I was intimidated by Lowe's at one time, they don't scare me anymore and I hope other specialists will file overtime lawsuits against Lowe's."

Posted by
kenneth
on May 5, 2017
Enid lowes is forcing employees to stay locked in unti they stay late to finish other jobs,empty trucks past scheduled time.
Posted by
brian
on June 10, 2016
lowe's is at it again cutting overtime. reprimanding employees for managers MANAGERS not cutting or reducing OT