A Showdown Between Plaintiffs and Defendant RE: Federal Arbitration Act

An overtime pay lawsuit proposed as a class action in Massachusetts promises to be closely watched by legal pundits and others, given the various issues at play in a case that alleges misclassification of employees, together with an interpretation of the Federal Arbitration Act. 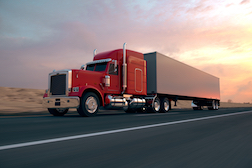 Publicjustice.net tells the story of Dominic Oliveira, a long-haul driver and a former employee of New Prime Inc., a company which identifies itself as a refrigerated flatbed, tanker and intermodal shipping company.

Oliveira serves as the lead plaintiff in what is intended as an overtime rules class action based on the allegation that drivers are incorrectly classified as independent contractors when they are, as is alleged by the plaintiffs, employees of the company.

Classified as independent contractors the drivers are made to foot the bill for fuel and insurance for trucks owned by New Prime, or so it has been alleged. Plaintiffs have complained that once deductions for such costs are made from paychecks, there is little left over for drivers to take home to their families.

In Oliveira’s case, he also alleges to have been required to agree to arbitration in order to settle any differences with the company. Such an arbitration clause usually prevents an employee from litigating, which often puts the employee at a disadvantage given costs associated with arbitration that often prove a hindrance.

However, the Oliveira overtime labor laws class action has been filed nonetheless in part due to a ruling by the US Supreme Court which exempts the contracts of transportation workers from the Federal Arbitration Act.

New Prime, the defendant in the Oliveira employment law overtime class action, argues the exemption does not apply to independent contractors.

The result is a showdown between drivers who point to the fact that an independent contractor would not be driving trucks owned by the company, and thus should not be paying for fuel, insurance and other equipment owned by the employer. As employees therefore, the drivers would be exempt from the Federal Arbitration Act according to the ruling of the US Supreme Court.

New Prime, and others in the trucking and shipping industry, are basing their arguments upon the classification of employees as independent contractors together with their interpretation of the Act, suggesting the exemption in the Act applies only to employees.

Plaintiffs argue that according to the text, and the history of the Act, the exemption applies to all persons working in the transportation industry, regardless of whether they are viewed as employees, or independent contractors.

Thus, the stage has been set.

Laws on overtime generally allow for employees who are not salaried, in a management role or classified as independent contractors, to earn time-and-one-half of their regular wage after working longer than eight hours in any given day, or 40 hours in any given week.

More OVERTIME News
Conversely, those working in management are paid a higher salary based upon the expectation that from time to time, additional hours of work would be necessary given the nature of the responsibility. Similarly, independent contractors providing a service under contract and independent of the client to which the service is being provided would not be expected to claim overtime.

The class action overtime pay lawsuit is Dominic Oliveira et al v. New Prime Inc., Case No. 1:15-cv-10603-PBS, in the US Court of Appeals for the First Circuit.