For personal attendants who have long been subject to unpaid overtime, the Domestic Workers Bill of Rights now provides them with overtime pay. The problem could be making sure their employers actually follow California’s overtime pay laws. Employers who would prefer to continue paying their personal attendants a day rate for time worked will find themselves on the wrong side of the law. 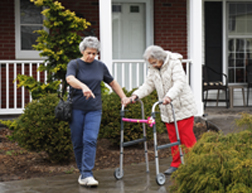 More CALIFORNIA OVERTIME News
Personal attendants are domestic workers who spend at least 80 percent of their time supervising, feeding, dressing and/or caring for a person. Many employers opt to pay their personal attendants on a day rate rather than an hourly basis, a practice that is no longer legal under the new laws. Personal attendants whose employers refuse to pay them overtime may be eligible to file a lawsuit against their employer for unpaid wages.

Those lawsuits can result in employees being awarded unpaid wages and damages, depending on the circumstances of the overtime law violation. Prior to the Domestic Workers Bill of Rights being enacted, some personal attendants filed lawsuits to obtain overtime wages. If they were found to spend less than 20 percent of their time in other duties - such as housekeeping, monitoring blood pressure and so on - then they were found to be exempt from overtime pay, an exemption some employers used to avoid paying overtime wages.

Posted by
David Williams
on October 19, 2014
I am totally quadriplegia disabled veteran which require 24/7 personal care attendant, whereas my spouse provide all my care and get no compensation either from the Veterans Administration or Social security. What should do????