If your employer has been forcing you to work overtime without any extra pay for those hours, it is possible that your employer is breaking the law. Attorneys Christopher Gray, of the Law Office of Christopher J. Gray, PC, and Louis Burke, of Louis F. Burke, PC, currently represent clients who have been denied proper overtime pay. They are determined to ensure that these employees are properly compensated for the hours they work. 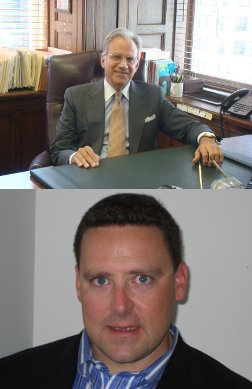 Gray and Burke explain that state and federal laws mandate employers pay hourly workers at a "time-and-a-half" rate of pay for overtime work, and workers are permitted to file lawsuits to recover overtime pay from employers who do not follow the law. Recent lawsuits against some large chains, including retail stores and restaurants, have resulted in recovery of overtime pay for workers who were not paid the overtime wages that they had earned (as required by law).

There are a number of methods employers use to avoid paying overtime. These include asking employees to work "off the clock," refusing to pay for overtime that has not been approved by management, paying only a regular rate instead of an overtime rate for extra hours, requiring employees to arrive for work early or stay late to perform necessary work duties—including putting on protective gear and counting cash in a register—and altering employee time cards.

There are both federal laws (the Fair Labor Standards Act, or FLSA) and state laws that protect employees' rights to overtime pay. Employees who are covered by these laws are entitled to a rate of pay that is one and a half times their ordinary rate. This overtime rate generally takes effect when the employee has worked more than 40 hours in one week. The employee should be paid for all overtime hours worked, even if the employer was not aware of the extra hours.

"Under federal law, which applies in all 50 states, most hourly employees are entitled to time-and-a-half compensation for each hour they work over 40 hours in a week," Gray says. "Employers are not allowed to calculate time-and-a-half based on two-week pay periods, or monthly pay periods, as workers whose schedules vary and who sometimes work less than 40 hours a week and sometimes work more would be disadvantaged by calculating wages based on the longer periods."

Some states go further than FLSA in protecting employee overtime rights. For example, in California, an employee who has worked more than 8 hours in a day is eligible for overtime pay for those extra hours. The employee is to be paid that overtime even if he does not work more than 40 hours in a week.

Employers are obligated to follow the rules as set out in the FLSA and in their state laws. By not paying proper overtime, employers are not only violating the law, they are taking advantage of their employees.

"Employees who are not paid the overtime wages required to be paid under federal law are entitled to file a legal claim for double the overtime wages that their employer failed to pay them, plus their attorneys' fees and costs," Gray says. "These damages can be claimed for a period of two years before the date the lawsuit is filed, or for three years if the Court finds that the employer was violating the law on purpose."

More OVERTIME News
If you believe you are being unfairly denied overtime, there is some information you should try to obtain to help determine whether or not you have a legitimate claim. "These employees should have a good handle on their job description, the amount of time that they were required to work under the employment definition that they had and the overtime they put in above and beyond their required hours," Burke says. "[As an attorney] I want to know the name of the firm they work for, as much detail about the incident [or incidents] as possible and any conversations they have had with managers where the managers said, 'You are required to work this type of time under your job'."

"In this economy, employers have more bargaining power than ever because there are more people who want to work than there are jobs," Gray says. "Employers may be tempted to shirk their obligations to pay overtime under federal law, reasoning that if one worker does not want to work without receiving time-and-a-half, someone else will. However, regardless of the economic climate, employers who fail to pay the wages required by law are subject to lawsuits. My firm typically accepts these types of claims on a contingent fee basis, where there is no legal fee unless we win."