While the aftermath of the sub-prime mortgage crisis has seen a number of large U.S. banks defending themselves against charges of misconduct, new data reported by LawyersandSettlements.com indicates consumers are still being impacted by the crisis. Mortgage-related complaints submitted to the legal news website have continued to increase year-over-year as readers continue to seek out legal help in dealing with foreclosures and discriminatory lending practices. 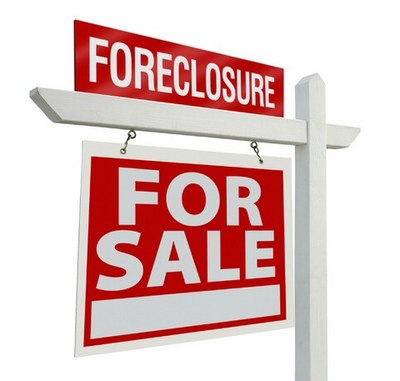 LawyersandSettlements.com has reported a 70 percent jump in mortgage complaints from January through June 2012 compared with the same period a year ago. In addition, mortgage complaints to the website have risen 114 percent so far this year vs. a similar period five years ago, in 2007. Complaints are submitted to the legal news website in order to seek legal help.

There are three primary categories for which mortgage complaints to LawyersandSettlements.com continue to be submitted:

1. Predatory and Discriminatory Mortgage Lending. One example of a mortgage lawsuit involving discrimination was the recent U.S. Department of Justice case involving Wells Fargo (United States v. Wells Fargo Bank, NA (D.D.C.), Case 1:12-cv-01150, U.S. District Court, District of Columbia). The case was the second largest fair lending settlement in the department’s history. As part of the discriminatory lending settlement, Wells Fargo agreed to pay $175 million to settle allegations that it charged African-Americans and Hispanics higher fees and rates on mortgages than for Caucasian borrowers with similar credit profiles. Wells Fargo stated its intent to settle the mortgage lawsuit was to avoid contested litigation, and that it treated all clients fairly without regard to race or ethnicity. This, in spite of the large numbers of discriminatory lending victims uncovered by a government investigation.

In addition to racial discriminatory lending complaints, LawyersandSettlements.com has also received predatory lending complaints from seniors who allege they have been targeted with products ranging from mortgages with an introductory low rate (that rises substantially later on), to reverse mortgages that eat up a homeowner's equity—sometimes without the homeowner fully realizing the true source of the nonetheless welcomed income.

Wells Fargo was the target of a reverse mortgage lawsuit last year in Chandler v. Wells Fargo & Co., Case No. 11-cv-03831, U.S. District Court, Northern District of California (San Francisco). The mortgage lawsuit, which was filed as a class action, is still pending. It accuses Wells Fargo of disregarding federal rules on reverse mortgages and forcing homeowners into foreclosure instead of giving heirs a chance to buy the homes.

More Mortgage News
2. Foreclosures. Foreclosure complaints comprise the second category contributing to the rise in mortgage-related complaints submitted at LawyersandSettlements.com. One foreclosure lawsuit recently filed by Jay Fenello of Woodstock, GA (Fenello v. Bank of America, Case No. 1:11-cv-04139-WSD, US District Court, Northern Division, Georgia) alleges Bank of America has been acting in violation of the terms for foreclosure procedure set forth in U.S. et al v. Bank of America Corp., et al (Case No. 1:12-cv-00361-RMC, US District Court, DC). In the filing, Fenello's allegations center on attempts made by Bank of America to foreclose on his home while engaging in illegal and unethical practices, including misrepresenting eligibility criteria for loan modifications.

3. Investment Loss Stemming from Mortgage-backed Securities. The failure of mortgage-backed securities stemming from the sub-prime mortgage meltdown of a few years ago has left many investors with substantial losses after being advised that such securities were low-, or even no-risk investments. In re Lehman Brothers Mortgage-based Securities Litigation, Case No. 08-CV-6762, U.S. District Court, Southern District of New York, plaintiffs in the class action lawsuit were awarded $40 million in damages. LawyersandSettlements.com continues to receive complaints regarding mortgage-backed security financial losses from its readership.

If you or a loved one have suffered losses in this case, please click the link below and your complaint will be sent to a consumer banking lawyer who may evaluate your claim at no cost or obligation.
Request Legal Help Now

Click to learn more about LawyersandSettlements.com
LawyersandSettlements.com - A trusted, independent legal news provider bringing quality news and information on all legal cases and lawsuits filed in United States of America to its readers since 2002. Over 250,000 legal help requests including Consumer Banking Issues, and Consumer Frauds have been forwarded to lawyers all across to the country.