Alexandria, VA: It's a bit complicated, but what National City Bank did in 2008 at the height of the banking crisis had disastrous consequences for hundreds of mortgage holders. 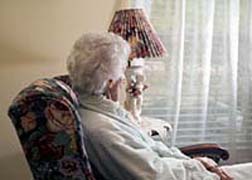 A recently filed national class action alleges that National City Bank, which later became part of PNC Bank though the taxpayer funded Emergency Economic Stabilization Act, introduced a no-exceptions blanket policy that made it difficult or even impossible for as many as 2,000 people to refinance their homes during a very difficult economic time.

"f a consumer had a National City second mortgage and wanted to refinance their first mortgage, they would need National City's permission. It meant that National City would stay in second place after the refinance," says attorney Steve Webster, who represents the plaintiffs.

"And if National City refused to subordinate their second mortgage to the new first mortgage, which is what their policy stated, then the refinance would not go through, because no new lender is going to refinance a first trust and subsequently be in second place in terms of priority," adds Webster.

The class-action suit, which is yet to be certified, claims the National City Bank, now known as PNC Bank, violated the Federal Bank Holding Company Act.

More specifically, the suit claims National City Bank's actions "jeopardized the financial welfare of its customers and had the foreseeable effect of unnecessarily forcing homeowners into default and foreclosure, even as its competitors were willing to refinance the borrower's first trust at a lower, more affordable market."

"Some people ended up continuing to pay higher monthly mortgage payments because they were unable to refinance," says Webster. "Some refinanced with National City on terms acceptable to National City. We are unclear about what happened to many others."

More MORTGAGE News
At the moment, Webster's firm, Webster Book, does not have a complete list of borrowers affected by the bank's position, but they hope to find out more during the discovery phase of the trial if and when the suit is certified.

"We are hopeful that we can recover monetary damages they suffered as a result of the policy," says Webster. Plaintiffs may also benefit from the fact that the law allows for treble damages for violation of the statute.


Steve Webster is a partner with the firm of Webster Book in Alexandria, Virginia. He holds a JD from Georgetown University and a BA from Providence College. Before going into private practice, Webster was a public defender. He is an associate member of the Board of Certified Fraud Examiners. The firm focuses on civil and criminal litigation.

If you or a loved one have suffered losses in this case, please click the link below and your complaint will be sent to a financial lawyer who may evaluate your Mortgage claim at no cost or obligation.
Request Legal Help Now

Posted by
Angel aikens
on November 9, 2016
I am a victim of national city bank I have a second mortgage with a balloon payment due in 2020 I was never told about. I have been unable to refinance because I'm under water

Click to learn more about LawyersandSettlements.com
LawyersandSettlements.com - A trusted, independent legal news provider bringing quality news and information on all legal cases and lawsuits filed in United States of America to its readers since 2002. Over 250,000 legal help requests including Financial Cases, and Real Estate Cases have been forwarded to lawyers all across to the country.