Another energy drink lawsuit has been filed following the death of a consumer who drank numerous energy drinks in the days leading up to his death. The lawsuit, filed by the man’s wife, alleges energy drinks are falsely marketed as safe when in fact they are dangerous. According to some reports, the FDA has received numerous reports of deaths linked to certain energy drinks. 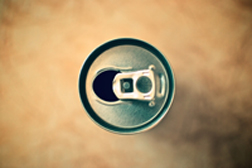 The lawsuit, Felts v. Monster Beverage Corporation, et al, alleges Monster Energy Extra Strength with Nitrous Technology is not safe for consumers because “it contains excessive amounts of caffeine, lacks sufficient information in its labeling, and fails to warn about a variety of alleged health risks,” according to court documents. The lawsuit alleges the drink was defectively designed, negligently manufactured and violates the Missouri Merchandising Practices Act.

According to a report by NBC News (7/9/14), Shane Felts died in June 2012. For the two weeks prior to his death, Shane had ingested at least one energy drink every day. His wife, Heather, says that energy drinks are marketed as being safe - similar to a dietary supplement - when in fact they are stimulants that could cause severe reactions.

Fox News (7/11/14) reports that the drink Shane consumed had 240 milligrams of caffeine. According to the Felts’ lawsuit, consuming caffeine in doses above 200 milligrams can be fatal. High doses of caffeine are also reportedly linked to heart problems and seizures.

Because the drinks are considered supplements, however, the FDA has no control over the amount of caffeine in them, unlike in soda. Energy drinks are popular, with some reports that they make around $10 billion annually.

More MONSTER ENERGY DRINK INJURY News
Consumers, however, are filing lawsuits against energy drink makers after loved ones have died, alleging the energy drinks are responsible for the deaths.

Monster Energy has filed a response in court that the lawsuit is without merit.

Other lawsuits have been filed against energy drink makers, including lawsuits involving teenagers who died. One such lawsuit was filed by the family of Alex Morris, who died at age 19 after consuming two cans of energy drink every day for three years before he died. As reported by Brenda Craig for LawyersandSettlements, that trial is expected to begin in April 2015.

Posted by
Kay Salmon
on March 13, 2016
Would like to check into this. On September17 2013 i found my husband dead. He did drink a lot of Monster drinks. He was a shift worker. He had been working nights. Got home at 5:30 am. Found him 8 hours later. Thank you.! Sincerely Kay Salmon.
Posted by
Lindsey mccord
on January 26, 2016
I've been in the hospital three times BC of mild heart attacks from monster drinks... They not only make my heart race, but they also cause my heart to stop. It has gotten to the point to where I can't even drink them anymore and though I would love to I'm not trying to die because of an energy drink.
Posted by
zain evans
on October 13, 2015
caffeine is addicting i'm not going to lie I've been drinking energy drinks for 7 years straight but now i can feel the effects of them so i stopped but now and again ill crack one open and ill be just fine in the end.
Posted by
RK
on April 8, 2015
Does anyone know the exact date in April when this trial begins?

...there is also a Monster energy drink alleged wrongful death lawsuit heading to trial in April, 2015. The case is Paula Morris v. Monster Beverage Corp, Case Number RG13685028, in the Superior Court of the State of California, County of Alameda.

Click to learn more about LawyersandSettlements.com
LawyersandSettlements.com - A trusted, independent legal news provider bringing quality news and information on legal cases and lawsuits filed in the United States of America to its readers since 2002. Over 650,000 legal help requests including , Consumer Frauds, and Personal Injury Cases have been forwarded to lawyers all across to the country.