Over the last 10 years there has been exponential growth in the sale and consumption of caffeinated energy drinks. 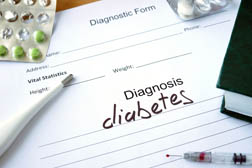 University of Calgary research scientist Dr. Jane Shearer is a leader in the study of caffeinated beverages. In 2010, Shearer was part of an expert panel convened by Health Canada to guide legislation and warning labels that govern the increasing sale and use of caffeinated drinks.

In her lab in the Faculty of Kinesiology at the University of Calgary, Dr. Shearer has continued to study caffeinated drinks in depth. She is especially interested in finding out how a powerful stimulant like caffeine affects adolescent health.


“We really need to examine these mixtures that contain not just caffeine but a lot of other ingredients,” says Shearer.

Although labels clearly state that the drinks are not recommended for children, adolescents continue to be regular consumers of the controversial beverages.

According to Shearer’s research, 30 percent of teens are regular energy drink users, along with 50 percent of college-age athletes who also report being users.

A research study done by a graduate student, Heidi Virtanen, found that the “consumption of a caffeine-containing energy drink results in a 20-30% increase in insulin and glucose levels.” Over time, prolonged use could have potentially serious consequences for the already rapidly rising rates of type 2 diabetes.

In December of 2015, Dr. Shearer and her team presented their findings to the World Diabetes Congress in Vancouver, Canada.

“We know that caffeine can cause glucose levels to increase,” says Dr. Shearer.

The study confirmed that.

More ENERGY DRINK News
“Energy drinks can precipitate insulin resistance,” says Dr. Shearer. “If you have insulin resistance repeatedly, and you are drinking them [caffeinated drinks] over a long period of time - then they [adolescents] can develop type 2 diabetes.

“If you have an obese child and he is drinking energy drinks regularly and you have this insult of really high glucose and high insulin caused by caffeine, then we know there is a risk factor, down the road, for the development of type 2 diabetes.”

There were 20 subjects in the study - 10 males and 10 females. They fasted and abstained from caffeine for 24 hours before arriving at the lab. They were then given a 5-Hour Energy Drink or a placebo and tested for glucose levels 40 minutes after consuming the beverages.

Posted by
Rasheda
on May 11, 2016
I have been diagnosed with type 2 diabetes for a while and I use to consume energy drinks on a daily basis more than one a day.