The Case against Monster Beverage Powers Up

Attorney Jacob Karczewski is gearing up for trial in April 2015. That’s when his clients, the family of Alex Morris, will get their day in Alameda County Court, California, and the American public may learn more about the safety of those very popular energy drinks. 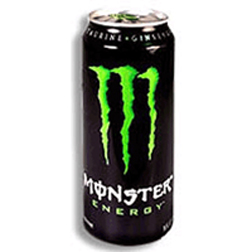 Alex Morris was an otherwise healthy, young 19-year-old when he died of a heart attack in 2012. He had been a regular consumer of the popular energy drinks sold by the Monster Beverage Corporation. The Morris family believes it was those energy drinks that caused the teenager’s death and has brought a wrongful death suit against Monster Beverage.

“Monster’s position has traditionally been that these drinks have as much caffeine as a Starbucks Coffee,” says Karczewski. “Even if that was true, which it is not, no one has studied the synergistic effects of this stimulant, especially when it is repeatedly consumed by adolescent children.”

Karczewski has filed two more wrongful death cases that involve teenagers who died after consuming Monster Energy drinks. He’s also filed against Monster Beverage on behalf of an adult female who suffered a debilitating cardiac event; but mostly his office fields a lot of calls from families with troubling stories about young people who’ve had cardiac events and were fans of those fancy, flavored energy drinks.


“There’s evidence to show that Monster Beverage is targeting children as consumers and marketing directly to them,” says Karczewski from the R. Rex Parris Law Firm in Lancaster, California.

“Furthermore, the company is not disclosing the harmful effects of consuming the high doses of caffeine in Monster drinks in combination with other additives such as sugar, guarana (concentrated caffeine made from a plant), creatine (an organic acid that supplies energy to the muscles), and other herbs and substances in the drinks, many of which function as stimulants,” he adds.

For some time now, Karczewski has been gathering expert witnesses and pulling together the related facts and arguments. There’s a lot he’d like the court to hear about caffeine-loaded beverages and what those drinks with the “cleverly appealing names” can do to the cardiac vascular system and the central nervous system, especially when it comes to young people.

The Drug Abuse Warning Network (DAWN), a public health surveillance system run by the federal Substance Abuse and Mental Health Services Administration (SAMHSA), called energy drinks “a continuing public health concern” in its January 10, 2013 report. Authors wrote, “the total amount of caffeine in a can or bottle of energy drink varies from 80 to 500 milligrams (mg), compared with about 100 mg in a 5-ounce cup of coffee,” and went on to say that “scientific evidence documents harmful health effects of energy drinks, particularly for children.”

A decade ago no one had ever heard of “energy drinks.” Today, energy drinks are a $4 to $5 billion business manufactured and marketed by Monster Beverage Corporation and several other companies including Red Bull and Rock Star.

The Monster Beverage Corporation markets its energy drinks under names such as Java Monster, Monster Rehab, and X-Presso Monster. The company, once known as Hansen’s Juices, originated in California and for decades sold its products primarily to movie studios and film companies. After going broke in 1988, the company re-emerged with a new name and new financial vigor, powered up by its line of caffeine-loaded energy drinks with catchy, clever names that drew the attention of teenagers, especially male teenagers.

“He began drinking Monster Beverage products as a child,” says Karczewski. “Consuming these drink products over the long term can lead to cardiomyopathy or an enlarged heart. That makes you more susceptible to acute cardiac events or a cardiac arrhythmia. We think that’s what happened to Alex. He had a cardiac event during sex.”

For several years now, the energy drink industry has been on the defensive, deflecting concerns and arguing no culpability for adverse health events. The Morris case will be an important event in the history of energy drinks and the role they have, if any, in cardiac and nervous system health effects.

In August 2014, the first litigation case and trial against Monster Beverage ended after Monster offered to settle for an undisclosed amount. An Oklahoma mother had claimed that her 16-year-old son suffered a non-fatal heart attack after drinking a Monster Beverage product while volunteering at a local church in 2011.

Monster Beverage’s attorneys in Oklahoma argued there was no evidence to show that the teen had actually consumed an energy drink that day.

More MONSTER ENERGY DRINK INJURY News
Attorney Jacob Karczewski says he was “shocked” to see Monster Beverage essentially fold its cards last summer and settle the first-ever product liability case involving its caffeine-fueled energy drinks. “From my point of view, Monster Beverage has a product on the market it claims is not killing people, yet the first time they go to trial in a major case, they choose to go the settlement route rather than argue that the drink is safe,” says Karczewski.

Karczewski has recently completed the discovery part of the Morris wrongful death suit and so he had some idea what Monster’s defense might be in the case. “They’re asking about his diet,” he says. “Our impression is that they are grasping at straws. Given that Monster backed out of the Oklahoma case in April may be the first real chance to see what Monster Beverage really has to say about the safety of the drinks they’re selling.”

Posted by
Eddie Jackson
on January 21, 2016
While I'm certainly saddened by the story, I don't think Monster---or any other company for that matter---should be responsible for stupidity. It doesn't take a genius to know energy drinks are bad for. What's next? Suing McDonalds for crappy food??? There isn't a case here.
Posted by
zemara
on July 3, 2015
Thank you for sharing your stories.
Posted by
Margaret Carnegie
on March 12, 2015
You are right it is not the monsters fault, monsters are nasty by nature. I should not have been such a stupid idiot. My dictionary describes a monster as a large ugly, frightening creature. That says a lot right there.
That is what I consumed. A monster. It is cruel and unrelenting, smashing my head into doors and down stairs when I least expect it, stealing my speech, my ability to walk talk and think straight.
I should have never touched those cans.
I simply thought thought that because it was sold by my friendly grocer as a food item, that it would be safe. Oh my Oh my. How could I have been so stupid?

Posted by
Mary thomas
on January 20, 2015
I developed palpitations of heart stomach erosion fro drinking energy . drinks monster energy my doctor told me not to drnk any more are they will kill me
Posted by
Trish Lindsey Jaggers
on January 19, 2015
The warnings on the can are rarely, if ever, read by children--assuming they read well enough to understand a company's verbiage.

The real issue here is "Who is the target audience?"

Young people are the target audience for these drinks--and they are the most at-risk. If they are sincere in their desire to market to "adults," then, they should demonstrate that by making the packaging more "adult-like," marketing to an older audience only, and perhaps putting restrictions on who can buy the drinks.

Posted by
don
on January 18, 2015
Comparing a monster beverage to a 5(FIVE) ounce cup of coffee? That, is grasping at straws and as for settling- any more it costs more to fight a suit than to pay a settlement. With runaway juries and their damages/awards... obscene!
Posted by
Tanya Sterner
on January 18, 2015
This monster Drink almost killed my Wife last year she spent the night in the Hospital and the results caffeine Over dose sense she had only had 2 Monster drinks that morning and was her first time ever drinking a energy drink she had no Idea what she was getting into let me tell you it was bad scared the life out of me and our kids we almost lost our mom and wife

Posted by
John
on January 18, 2015
On the Monster can its says that children and pregnant women should not drink Monster. It is not Monster's fault. The teens who drank it unfortunately bear responsibility for ignoring warnings