Scientific evidence has shown that Energy Drinks are dangerous: energy drink side effects include energy drink heart attack and even energy drink death. Despite double the amount of energy drink hospitalizations from 2007 to 2011, teens and young adults are the main targets of marketing by energy drink makers. Energy drink lawsuits are on the rise as consumers report energy drink heart problems due to caffeine overdose and other ingredients, such as dimethylamylamine (DMAA) .

Send your Energy Drink claim to a lawyer who will review your claim at NO COST or obligation.
GET LEGAL HELP NOW 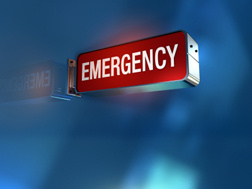 Energy drinks have been linked to cardiovascular problems, such as high blood pressure, heart palpitations, cardiac arrest and death. There is also evidence that these drinks can cause cancer by the amounts of folic acid consumed.

Energy drink hospitalizations have seen a 10-fold increase since 2005, most of whom are teens and young adults. In January 2013 the Drug Abuse Warning Network (DAWN) reported "a rising health problem"due to excessive caffeine intake and that ER visits related to energy drinks doubled from 10,068 visits in 2007 to 20,738 visits in 2011.

The hospitalizations are generally due to heart problems related to a caffeine overdose. Other issues are dehydration and heat exhaustion. The Warning Network reported that more than 13,000 emergency room visits in 2009 were associated with energy drinks alone. 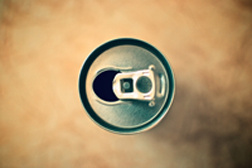 Members of Congress, federal health officials and consumer watchdog groups are calling on the FDA to change the rules and regulations governing energy drinks. Senators are also calling on the FTC to investigate advertising practices of energy drink companies to ensure that consumers, teens and young adults in particular, are not being subjected to deceptive marketing practices.

Depending upon how the manufacturer has self-classified their product (more below), energy drink manufacturers don't need to disclose how much caffeine their drinks contain, nor file a report with the FDA if someone has a serious side effect, such as energy drink heart attack, from their products.

To add even more confusion, Energy Drink producers can decide on their own whether to call their drinks beverages or dietary supplements: They have different sets of rules for what can be added and what must be disclosed on the label.

Energy drink beverages can't include any ingredients that aren't "generally recognized as safe"for foods, according to the FDA. In March 2013 Monster announced that it would market its drink as a beverage, rather than a dietary supplement. The change means that Monster no longer has to report deaths associated with its drink but must include caffeine content in the labeling. (Read more on beverage vs supplement from Monster Energy Attorney .)

Energy drink supplements have a different label that must list the amount of caffeine—unless it' in a mix of proprietary ingredients. They can also contain a litany other ingredients such as herbs and amino acids, including huge amounts of folic acid linked to cancer, without proving that they're safe, as long as they were used in supplements before a 1994 federal supplement law was enacted. Unlike beverage makers, supplement manufacturers must alert the FDA if they receive reports of side effects from their product.

April 2012: Senator Durbin asks the FDA to "take regulatory action and to address the rising health concerns around energy drinks."

September 2012: Senators Durbin and Blumenthal ask the FDA to respond to "concerns regarding the interaction of ingredients in energy drinks and the effect that the caffeine in energy drinks has on children and adolescents."

October 2012: Senators Durbin, Blumenthal ask the FDA again "to quickly identify and recommend remedies for weaknesses and loopholes in current law that are exploited by energy drink manufacturers in order to avoid oversight." 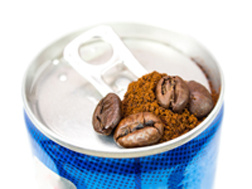 Producers of energy drinks are not required under current federal regulations to disclose caffeine amounts. The FDA reports there are no limits on the amount of caffeine that dietary supplements can contain, whereas over-the-counter stimulant medications are regulated by the FDA as to how much caffeine they can contain, and so are soft drink manufacturers.

The FDA stipulates that soft drinks contain no more than 71.5 mg of caffeine per 12 oz drink, but it cannot regulate the caffeine content in energy drinks – with the exception of energy drink companies that self- classify their products as a dietary supplement, such as Monster and Rockstar (explained above).

A few cups of coffee contain anywhere from 100 to 300 milligrams. Energy drinks usually contain about 80 to 141 mg of caffeine per 8 oz (equivalent to a 5-oz cup of coffee or 2 cans of soda). However, add to that supplements including guarana (containing guaranine, similar to caffeine), taurine (an amino acid), and sugar derivatives.

More than 600 mg of caffeine can cause side effects like jitteriness, heart palpitations, and panic attacks, and these symptoms can be exacerbated with stimulants like DMAA.

In May 2013 The FDA warned consumers to stay away from energy drinks and dietary supplements that include an ingredient known as DMAA, or dimethylamylamine, due to associated health impacts. Dr. Pieter Cohen, an internist at the Cambridge Health Alliance and assistant professor at Harvard Medical School, compared DMAA to an amphetamine and called for a ban on it in a research letter published in the Archives of Internal Medicine.

November 2010: Research indicates that FRS energy drink is linked to cancer. FRS is also under fire for false advertising claims and billing practices.

December 2012: Consumer Reports tests caffeine label claims by analyzing 27 top-selling energy drinks and shots. Findings revealed more than 20 percent the level of caffeine listed on their labels. It also says the caffeine levels per serving ranged from 6 to 242 mg. Only 16 of 27 energy drink products listed specific amounts of caffeine. 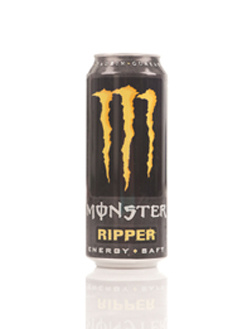 October 2012: The first a wrongful death lawsuit against Monster Energy Drinks was filed by the family of 14-year-old Anais Fournier.

February 2013: A wrongful death lawsuit was filed by the parents of Michael Sparling, one of two soldiers who died in 2011 after using the energy drink mix Jack3d (a supplement), which contains caffeine and the stimulant DMAA that claims to boost workout performance.

May 23, 2012: The FDA says Rockstar' product is considered a conventional beverage—not a dietary supplement, as labeled—and thus is adulterated for containing unapproved food additive Ginkgo biloba.

January 2013: USPlabs, the maker of Jack3d, agreed to settle DMAA class action suit and set aside $2 million. The plaintiffs argued the safety of its DMAA supplements OxyELITE Pro and Jack3d.

June 2013: A second wrongful death Monster Energy lawsuit was brought by the family of 19 year-old Alex Morris, who suffered a cardiac arrest and died on July 1, 2012.

If you or a loved one has suffered similar damages or injuries from consuming energy drinks, please click the link below and your complaint will be sent to a Personal Injury lawyer who may evaluate your claim at no cost or obligation.
Please click here for a free evaluation of your Energy Drink claim
Last updated on May-8-15

Tucson, AZ: The health concerns that have emerged from lawsuits and subsequent headlines screaming Monster Energy Drink Deaths and Hospitalizations tend to be weighted on the side of cardiovascular issues related to consumption of the high levels of caffeine usually associated with the consumption of energy drinks.READ MORE
Caffeinated Energy Drinks Linked to Risk of Type 2 Diabetes

Calgary, AB: Over the last 10 years there has been exponential growth in the sale and consumption of caffeinated energy drinks.READ MORE
Canadian Study Links Teen Consumption of Energy Drinks and Traumatic Brain Injuries

Posted by
Patrick Benedict Rasmusson
on December 15, 2016
I have heart palapatations and deep pinching feelings in my chest every night almost. My doctor had written a doctors order for heartland cardiology I was unable to make it to heart land cardiology. I haven't had an energy drink in two days and haven't had the deep pinching feelings in my chest yet its still slight. my doctors report will verify this, I've studied a little bit of the same information with of print versions of the Howard Huges Medical Insitutue Magizine when they used to have the print version www.HHMI.com, if you'd like to contact me in regards of the settlements that were given I was drinking Red Bull, Monster and the 5 hour energy drinks, amongst others. I have secured the containers for valiididty and what you had written in your article matches up with what I had studied of other case law and medical reports. I don't have much to do so I just sit and research sometimes and cross refferance material. I learned if you cross refferance material you get multipule forms of refferance and can do a data comparison of information pieces. Please contact me, I have medical records and also other forms of proof to validate a legal claim in the above aforementioned regards. Thank you.
Posted by
Bill Clinton
on September 21, 2015
Hurricane Katrina was much worse