Energy drinks, or highly caffeinated beverages, marketed to teens and young adults as a way to get “a buzz on” have been, to say the least, controversial over the last several years. 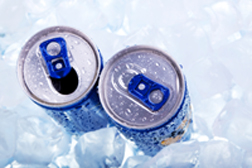 The firm of R. Rex Parris, in Lancaster, California, currently represents a raft of families that claim their children have suffered permanent injury or have even lost their lives as a result of acute or chronic use of Monster Energy drinks.

“We have a case where a young man drank two Monster drinks in a very short period of time and went into immediate cardiac failure, suffered a stroke and now has a very significant brain injury,” says veteran attorney Bruce Schechter.


“He will never have another normal day in his life. He will need care the rest of his life,” says Schechter.
“The doctors and emergency room physicians that examined this young man put the blame on only one thing - Monster Energy drinks.

“There are more than 90 peer-reviewed articles in the US that say these drinks have a synergistic effect that amounts to a ‘death wish,’” says Schechter, who is handling multiple lawsuits against Monster.

The Center for Science in the Public Interest reported in June 2014 that the FDA adverse event records show there have been at least 34 deaths related to the highly caffeinated beverages as well as a list of “undisclosed injuries” that resulted in 54 hospitalizations.

Monster Energy has the largest market share in the industry.

“We turn down a great number of cases,” says Schechter. “There are many unfortunate people with underlying heart problems. It is difficult in those cases to determine whether it is the ailment or the product or a combination that leads to the crisis,” advises Schechter. But he goes on to say, “Still, it’s important for anyone who believes that they’ve been harmed to inquire as to whether they have a case or not. There are a wide variety of circumstances that must be considered when evaluating each individual case.

More MONSTER ENERGY DRINK INJURY News
“In the cases we have, it is certainly the result of chronic and/or acute use that resulted in a significant injury, such as the need for a pacemaker, a lifetime on medication, stroke and the need for life care plans; and we don’t want to see anymore. There are many emergency room physicians that have seen these cases and recognize this is a significant problem,” he explains.

“If there is an individual who has underlying heart disease, palpitations or high blood pressure, they are at extreme risk when they consume these beverages,” says Schechter. “Of course, most people, especially teenagers who are the target market for these drinks, would not be aware they have undetected issues.

“The science on this is substantially better today than it was three years ago and is getting better and more complete all the time,” says Schechter. “We know there’s a problem with Monster. Unfortunately, there is no way to know who is going to be the recipient of a final drink.”