While many Mirena IUD complaints involve Mirena uterine perforation and device dislocation, Bianca’s complaint is that she became pregnant and needed the IUD removed, but it couldn’t be found. 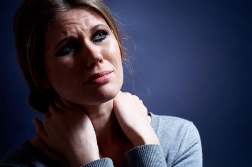 Finding out that she was pregnant was a shock. “I had the Mirena about a year after giving birth to my second child,” she says. “Everything was fine until about five months ago. I couldn’t stop vomiting so I went to urgent care and had a urine test, and was scheduled for a CAT Scan. But beforehand, I filled out a form saying that I wasn’t pregnant. The technician informed me that I couldn’t have the scan because, surprise, surprise, the urine sample showed I was pregnant.”

Bianca has two young children and didn’t want another child anytime soon - this wasn’t great news. She called her ob-gyn and made an appointment to have the Mirena removed. Because she had a history of high-risk pregnancies, Bianca was sent to the ER where she had an ultrasound and a pap smear. She was two months pregnant and saw three doctors, none of whom could find the Mirena.

“They couldn’t even find the Mirena IUD on the ultrasound,” Bianca explains. “I was worried in case it could cause any damage to my baby, but one specialist figured out it must have come out when I had my period. My body expelled it because it didn’t like having a foreign object.

“Of course the Mirena could have been placed incorrectly by the doctor at Planned Parenthood but I don’t think that is the case. It does leave me with questions: How long was I pregnant before it came out? How can an IUD disappear?

More MIRENA IUD News
My ob-gyn says everything looks fine so that is all I can go by, but it doesn’t stop me worrying, because I read about so many Mirena side effects. I don’t have to worry about infertility of course, but what about infection and perforations? I am currently six months pregnant. I was depressed for at least two months but now I am getting used to the idea that I am going to have another child. One thing I know for sure: I will not get another Mirena to prevent pregnancy.”

As of November 2013, the FDA had received 70,072 reports of Mirena side effects, including about 6,000 involving device dislocation or uterus perforation. The agency has advised Mirena patients that they can suffer perforation of reproductive organs during implantation of the devices.

Posted by
Malena strickland
on January 1, 2016
Im 3 months pregnant with the Mirena IUD in place and need lawyer help