Sadly, Cathy’s doctors believe she is infertile, a condition that Cathy links to Mirena birth control. Now armed with information regarding Mirena side effects she has a lot of questions, both for her doctor and Bayer, the manufacturer. 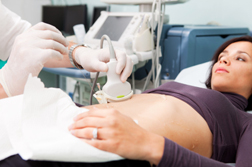 Cathy (not her real name) was prescribed the Mirena uterine device (IUD) about four years ago but had it removed due to heavy bleeding. “My doctor said I might experience this problem for the first few months but it continued for over a year,” says Cathy. “He sent me for an ultrasound to determine the cause.” Results showed the Mirena had moved out of place, and unbeknownst to Cathy, Mirena uterine perforations are a common Mirena side effect. It had lodged in her uterus and her doctor removed it, but it didn’t remove the complications.

About six months later Cathy had an MRI. It showed a very serious problem: Hydrosalpinx, the medical term for fluid in the fallopian tube, which occurs as a result of injury or infection. Both her tubes were blocked. She was also diagnosed with pelvic inflammatory infection (PID), a general term for infection of the uterus lining, fallopian tubes, or ovaries.

“As a result of these complications I am now infertile,” says Cathy, crying. “I don’t have children but I am in a long-term relationship and we were planning on having a family. I am the only one of my siblings without kids. This is definitely not what I had planned. This Friday [December 21] I am probably having my tubes removed.”

When Cathy found out that her tubes were blocked, her first question to her gynecologist was whether she could get them “unblocked”. Unfortunately, they were too damaged. She recently saw a fertility doctor and talked about the possibility of In Vitro Fertilization (IVF).

(According to the Pacific Fertility Center, “In patients with hydrosalpinx, the fallopian tubes can be bypassed entirely using IVF treatment. This treatment involves a course of fertility enhancing medication to produce multiple eggs in the ovaries. Eggs are then ‘harvested,’ or removed from the ovaries and combined with the male sperm in the laboratory. The newly fertilized egg is then transferred directly into the woman’s uterus via a small tube called a catheter.”)

“I asked the fertility doctor about the possibility of harvesting my egg,” Cathy explains. “He said that during the surgery he will attempt to drain my fallopian tubes but if it is too scarred he will be removing them, so I won’t know until I wake up from surgery.

"I will probably end up trying to harvest my eggs at a later date and look into IVF possibilities. If there is anything positive from this Mirena nightmare, our government subsidizes this kind of treatment, but you must have both tubes blocked.

"I never had any problems before having this Mirena inserted. I don’t know how to attribute infection and infertility completely to this IUD but it is just too coincidental. I had no idea there was this kind of risk until hearing about Mirena side effects and subsequent Mirena lawsuits on TV a few months ago.

More MIRENA IUD News
"I was surprised that women could be prescribed a dangerous and defective device. With so many complaints how could it still be on the market? I read that Mirena complaints go back to 2009, so did my doctor know? Was the Mirena information about risks and side effects such as uterine perforation available to my doctor?
"I tend to be a strong-willed person and try to be sensible, but it doesn’t mean that I am not upset. I won’t let this problem consume me but the only possible way I can conceive a child of my own will now be in a laboratory and that is just not fair. Not only that, I am looking to do this egg harvesting at my own expense and I only have half the success rate as with regular IVF. And the government will only subsidize it until I am 40, so I had better do it now. I have a lot of questions and I wonder how many other women’s lives have been ruined because of Mirena.”

I am sorry for all you have been through....I am also on the Mirena and understand how you feel. I have mine in for 9 months and I was told it is totally safe and reliable. I was encouraged to use the Mirena because of my heavy periods and the fact that it was the reason I had two transfusions. Anyhow, I may not be bleeding as heavy as before but my period went from 6 days to 12-17 days. A few months ago I started having gap pain in the pelvic area but my gynae said it was ovulation pain. Well, yesterday I couldn't handle the intense pain and want to another gynae. She found that I have PID! My right tube is filled with either pus or fluid. I told her I wanted the iud removed but she wouldn't do it. She wants me to try taking a contraceptive pill to counter the side effects of Mirena. I am so angry...I wasn't told about side effects other than spotting in the first year. My hair is falling out, sex hurts, I have PID, I'm irritable all the time (my poor husband is normally my target) and that's just mentioning a few. I have since researched the Mirena in depth now and I want it out! I noticed on various sites that women say their doctors are it her reluctant to remove it or refuse to... Why? Why do the doctors push the Mirena and then don't want to remove it?

I'm so scared now... What if my tube ruptures or I have to remove it? How can doctors encourage the use of such a dangeous device?

My doctor says its not dangerous and that perforation occurs in 1in 1000 women with Mirena...what if I am that 1. Mirena should be taken off the market. At least in the USA you have the option of lawsuites but here in South Africa there are no ongoing lawsuites.

I wish you all the best.