"I Gambled Away My Life Savings, Courtesy of Mirapex"

Not only did Mike Adrian gamble away his life savings, he was also "humiliated and degraded" after the media reported that "Maintenance Worker Admits to Stealing," and he is soon going to prison. If Mike had known about Mirapex and compulsive gambling, which is known to be a Mirapex side effect, perhaps his life wouldn't be in ruins. 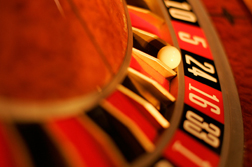 Less than two weeks from now, on November 29th, Mike will spend the first of 20 days in prison. "What I did is public information so I am willing to talk about this," Mike says. But what hasn't been public information—up until now—is that Mike had never gambled or stolen anything in his entire life until he took Mirapex.


"Mendota Heights School has had enough. After several cash thefts, the school decided to set up a sting to catch the thief. The school…decided to install surveillance cameras. The cameras rolled as a school maintenance worker searched through draws at the school.

According to the charges, 56-year-old Michael Adrian admitted that he had stolen from the school several times. The money, he said, was used for his gambling problem."—KSTP.com


"I was prescribed Mirapex four years ago for restless leg syndrome and it helped—for a while," says Mike. "About two years into it I slowly started gambling; it soon escalated and I had spent $12,000 of our savings without my wife knowing. Then I stole approximately $6,000 from the school where I was working.

"Ever since I was a kid, if I ever did something wrong or hurt someone, I would feel remorse, a sick feeling. But when I stole the money, I didn't feel anything—I went directly to the Mystic Lake Casino.

"The missing money was reported to the police and they started investigating; everyone was questioned, including me.

"At the time, I denied any knowledge, but within a few weeks I felt they were getting closer and closer to discovering that I was the thief. And I had a set of master keys to the building. I knew it was just a matter of time, so on March 1st I walked into the police station and turned myself in. The police said that I would be notified by the court—I was being charged with a felony of theft—of my trial date. Next, I went to the school. I expressed my regret and sorrow and promised I would pay them back. Of course I was immediately terminated and was told that I could never come back on campus grounds again unless invited.

"Before I went to the police, I told my wife what I had done. She was devastated; she broke down—she couldn't understand it. For a while we couldn't even talk.

"My health insurance was going to run out because I was fired, so I asked my doctor to renew all my prescriptions. She asked how I was doing. 'Terrible, it's a long story,' I replied, but she wanted to hear my story. As soon as I told her about the gambling and stealing, she jumped out of her chair and left the room. She returned with a handful of papers. 'You've been taking Mirapex and one of the side effects is compulsive gambling," she said, and told me to immediately stop taking it.

"I was shocked! I was so surprised I didn't know what to say, but I also had a sense of relief. What I did was never part of my makeup and Mirapex explained everything.

"I told my wife and she was also relieved. My attorney, however, recommended that I didn't tell school officials about the Mirapex. Last Tuesday I was in court for sentencing and right now I am just getting my head around all this. After I do 20 days in jail I will be on probation for five years; I have to pay $3,000 in court fees and fines and the school is requesting that I pay them back $23,000, taking into account the money I stole and improvements they made to their security system.

More MIRAPEX COMPULSIVE GAMBLING News
"After my confession to the police, I checked myself into a gambling treatment program. The psychotherapist asked me for a list of all the meds I was taking and wasn't surprised to see Mirapex. 'This drug has caused many people to gamble away hundreds of thousands of dollars,' he said.

"I understand that Mirapex is often prescribed for Parkinson's disease as well as restless leg syndrome, but most people with Parkinson's are vulnerable and I think it's a crime to give them a medication that would cause compulsive behavior. I'm now taking Requip and it's working, so there is no reason why anyone should use Mirapex. Unfortunately I was never told of Mirapex side effects or given another option.

"I'm now 66 years old. My wife and I were planning to enjoy our retirement but I gambled away everything.…" Perhaps Mike will have the opportunity to have another day in court, but this time as a plaintiff—and the makers of Mirapex as defendants.
READ ABOUT MIRAPEX COMPULSIVE GAMBLING LAWSUITS

Posted by
Karen
on January 6, 2014
I am feeling hopeful after reading that the gambling and binge eating
Could be a result of my many years of taking mirapex I am calling my Dr. Today to change to gabapentin or cataplexy after reading what others are doing. I can't stop myself from gambling it is overwhelming and ruining my life
Posted by
Michelle
on January 19, 2011
Mike...First and foremost I feel so horribly for you and your family...I hope that out of your pain something positive will happen, as you have suffered enough.

I must share my story with you...I had never in my entire life had a problem with gambling however about 2 years ago I just started and couldn't stop...my life was out of control. After I realized how much I had spent, which was about 30K (whipped out my IRA), I decided to take my own life. I was so ashamed of my behavior, being so out of control that I took and entire week of all my medications. I lived however, I was locked up in the psych ward for 1 month and then put on civil commitment.

Not only did I have a problem with gambling but also compulsive shopping and binge eating. I stopped taking the Mirapex today after having a discussion with my neurologist about what was going on and he believes full heartedly that these compulsive behaviours were due to the Mirapex. I had been taking it since 2003, and looking back on those years, I realize that is when many of my psychological problems began. All of the destruction to cure my Restless Legs...it was a terrible price to pay.

I am now taking Vicaden for my RLS and I hope that once that evil medication gets out of my system, I can return to some sort of normalcy.

Best wishes to you and your family.

Posted by
Michelle
on November 25, 2010
Mike, BEWARE.....I was taking Requip for restless leg syndrome and yes it works wonderfully, but it also causes compulsive behavior habits. I gambled away over $12,000 of our savings without telling my husband. I took out a title loan on our truck and had gone to at least 5 different check cashing places and took out loans there as well in addition to having them hold my checks. I have never gambled before in my 46 years of life, but it became an obsession. I would go and purchase $100 in scratch off tickets and if I didn't win, I would go right back in the same store and by more tickets, spending about $300 per day. It seemed that I was driven by something that I had no control over. It got to the point that I was determined I was going to win something. After I was completely broke, it would hit me about what I had just done and I was so ashamed of my deception that I contemplated suicide, just so I wouldn't be able to hurt the people I loved any more. I don't know you but I'm begging you to get a different RX for your condition. It will just get worse.

I would love to sue the pharmaceutical companies that put these meds on the market. I, like you, was never given any warning that this was a potential side effect. This cost me a ton of money (in my little world), disappointment from my family, humiliation, shame, and put us in debt even further than we already were.

I haven't taken this medicine for about a year now and I have never had the urge to repeat those habits again.

Please be careful. I'll pray for you.