Gerald Payne tried to soldier on in spite of the pain. After seven years, he finally underwent surgery to remove the Ethicon Physiomesh that was the cause of all his problems.

It’s one thing for a medical device to result in unwanted side effects and adverse events. However, that frustration is further exacerbated when the medical device thought to be at the root of newfound pain and suffering, has failed to do its intended job in the first place. Thus, the original implantation was all for naught. That’s the claim made by a recent surgical mesh lawsuit involving the now-recalled Ethicon Physiomesh filed last week in Idaho. 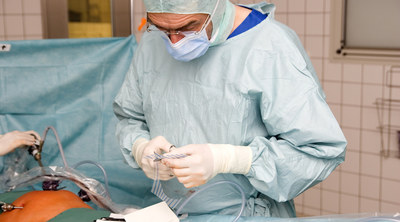 The hernia patch lawsuit was filed by plaintiff Gerald Payne. According to Court documents, Payne underwent a laparoscopic ventral incisional hernia repair in August 2010 with the Ethicon Physiomesh. However, rather than the relief he expected, Court records suggest that Payne almost immediately began experiencing what turned out to be chronic pain from the area into which the hernia mesh had been implanted. A noticeable bulge had developed in the location where the mesh had gone in.


Payne’s surgical mesh side effects lawsuit further asserts that Payne suffered weakness, loss of core strength, nausea, and was reduced to wearing a binder across his abdomen. The plaintiff asserts to have soldiered on in the midst of much pain and discomfort until August of last year – seven years after the surgery – when we finally went to the emergency room for tests that determined the problematic mesh was causing an intestinal blockage – specifically a hernia mesh bowel obstruction.

This required a subsequent procedure to have the Ethicon Physiomesh removed by way of revision surgery. The surgeon tasked with removing the Ethicon product noted the mesh had failed to adhere to the plaintiff’s muscle, as the mesh was originally designed to do.

After a number of years on the market, Ethicon Physiomesh was pulled from circulation by the subsidiary of Johnson & Johnson (J&J) in 2016. Ethicon issued a recall and removed all remaining specimens of mesh from the market – but not before countless patients had been implanted with the now-recalled device. Hernias are a common ailment affecting a large cross-section of the aging Baby-Boomer demographic, with treatment options in recent years favoring less-invasive, laparoscopic surgery.

Ethicon pulled the plug on its Physiomesh due to an increasing number of reports of failures. However, plaintiffs behind many a surgical mesh complications lawsuit assert that Ethicon was well aware of problems with its product long before the recall – and even before the mesh was employed in Payne’s own hernia repair in 2010.

Lawsuit asserts Ethicon knew about problems before the 2010 surgery

Payne’s surgical mesh complications lawsuit further alleges the plaintiff has been unable to work since the revision surgery, which occurred in November of last year.

The surgical mesh side effects lawsuit will join others consolidated for pre-trial motions and discovery in multi-district litigation housed before US District Court Judge Richard Story in the US District Court, Northern District of Georgia (IN RE: Ethicon Physiomesh Flexible Composite Hernia Mesh Products Liability Litigation, Case No. 1:17-md-02782).