Physiomesh lawsuits are expected to grow as Multidistrict Litigation housed in Georgia readies for bellwether trials to begin within eighteen months. By then, lawsuits could number into the thousands.

Plaintiff Sharon Smith would be understandably buoyed by news that the surgical mesh lawsuit file currently housed in multi-district litigation in Georgia is moving forward, with the first bellwether trials expected for September of next year. While nearly 500 lawsuits are currently housed in the MDL, a continuing barrage of cases have lead observers to believe that thousands of lawsuits could wind up in the MDL by the time bellwether cases begin in 18 months’ time. 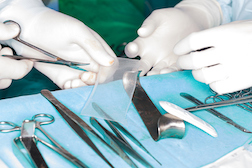 Physiomesh was introduced with much fanfare eight years ago this month against the backdrop of an aging American population experiencing increasing issues with abdominal hernias and other internal issues requiring surgical repair. Increasing use of laparoscopic surgeries in an effort to simplify the surgical process, speed healing and spare hospital resources had fostered a parade of new products aimed at improving outcomes.

Yet another example of a next-generation product beset with problems


Ethicon’s Physiomesh, manufactured by the Johnson & Johnson subsidiary, featured a polypropylene mesh with the addition of a coating on each side of the mesh designed to absorb into the body and thereby helping the mesh to incorporate internally. Minimizing inflammation was also an oft-touted benefit.

But there were problems. An increasing array of surgical mesh complications and resulting revision surgeries prompted Ethicon to recall their Physiomesh product last year, with many a plaintiff lining up to file a hernia mesh lawsuit thereafter.

One of those plaintiffs is Sharon Smith, who filed her surgical mesh side effects lawsuit in January. The California woman reported that she continued to experience severe pain and discomfort following the implantation of Ethicon Physiomesh Flexible Composite Mesh in August, 2012. More than five years later, surgeons confirmed in October of last year that Smith’s problems linked back to surgical mesh complications associated with the mesh she had received in 2012.

“Defendants omitted the risks, dangers, defects, and disadvantages of the Products, and advertised, promoted, marketed, sold and distributed the Products as safe medical devices when Defendants knew or should have known that the Products were not safe for their intended purposes, and that the Products would cause, and did cause, serious medical problems, and in some patients, including Plaintiff, catastrophic injuries,” Smith’s lawsuit states. “Defendants have underreported information about the propensity of the Products to fail and cause injury and complications, and have made unfounded representations regarding the efficacy and safety of the Products through various means and media.”

While Smith’s lawsuit was originally filed in US District Court for the Central District of California, it is destined for the MDL under the supervision of US District Judge Richard Story in the Northern District of Georgia.

The process has begun to select cases for bellwether trials in September, 2019


An order issued in mid-January calls for the selection of 24 potential cases from a pool of cases that stood as at January 11. Plaintiffs would select 12, as would the defendants – with all selections to be complete in May.

More SURGICAL MESH News
The Order calls for the selection of a further ten cases – 5 from each side – to be added to the previous pool and completion of the selection process due by June 22, with final fact sheets for all 34 cases due by August 21.

From that pool, 10 cases (5 each) would be selected for the trial pool by December 1 of this year, with bellwether trials expected to start in September, 2019.

The Smith lawsuit is Sharon Smith v. Johnson & Johnson & Ethicon Inc., Case No. 2:18-cv-00497, originally filed January 19 of this year at US District Court for the Central District of California.

The Ethicon Physiomesh multidistrict litigation is IN RE: Ethicon Physiomesh Flexible Composite Hernia Mesh Products Liability Litigation, MDL No. 2782, in US District Court for the Northern District of Georgia, Atlanta Division.
READ ABOUT SURGICAL MESH LAWSUITS