Since Medtronic announced a recall of defective Fidelis leads back in October, pacemaker and defibrillator patients have been handed a dilemma that is nothing short of a nightmare: will the lead fail? Some patients are filing lawsuits against Medtronic, whether or not they have failed.

Sometimes, not knowing is cruel punishment.

Five deaths have been blamed on the defective Fidelis lead, which is the thin wire connecting the Medtronic device to the heart and delivers the life-saving impulses to either assist in regulating an erratic heartbeat, or shock a failing heart back into function. 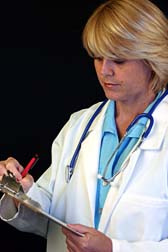 The Fidelis lead was originally introduced as an improvement to the Quattro lead, which is thicker. Thinner leads are easier to thread for the surgeon, and were thought to be an improvement all around.

However, it was found that the advantage to the Fidelis lead??"its thin design??"was contributing to hairline fractures that would impede the electrical impulses being delivered to the heart. The problem also proved to be a double-edged sword, given the dual role of the lead as a conduit for sending vital information from the heart to the Medtronic device. A fracture in the lead would garble the data, potentially causing the pacemaker or defibrillator to behave in an erratic fashion.

Just as a pacemaker or defibrillation device fails in the delivery of life-saving shocks to the heart when needed, a device that delivers unnecessary shocks can pose an equal risk to the heart. At least one of the five deaths blamed on the fractured Fidelis lead occurred after a Medtronic device misfired so rapidly, it caused a heart attack.

This has become an issue for thousands of Fidelis lead patients. In announcing the recall October 15th, Medtronic reported a failure rate of 2.3 per cent within 30 months of implantation. That translates to 5,000 patients out of the 235,000 who have received the Fidelis lead since they were first introduced.

That's 5,000 individuals who might expect, statistically, that a fracture is on the horizon.

But what of the other 230,000 patients? Statistically they should be fine. However, that's cold comfort. There are no lots drawn, or names pulled out of a hat, or patients rostered into either this group, or that. It leaves 230,000 patients wondering, constantly, if they will be one of the unlucky 5,000.

Again??"not knowing can drive a person to despair.

One Fidelis patient profiled (anonymously) recently in the New York Times
describes just such a nightmare. He had his fractured lead replaced in a delicate, 90 minute operation that is not cheap, and fraught with risk. Leads are threaded through, and attached to heart muscle. Removing, and replacing a lead is accompanied by the risk of tear to the heart muscle. Most doctors advocate leaving well enough alone unless there is a definitive medical reason to retrieve a lead. Thus, patients with Fidelis leads are assessed on a case-by-case basis.

There are other options, such as re-programming the heart device to allow for a potentially malfunctioning lead. Other Medtronic devices can be monitored remotely via the Internet??"an added assurance to a patient with a Fidelis lead that may, or may not fail.

But for a patient consumed by fear that his, or her Medtronic device will fail, there is little solace. Beyond the risk associated with the surgical procedure, said procedure is expensive: $12,500. In October Medtronic offered to replace the Fidelis lead free of charge, and extend up to $800 towards replacement, but only for leads that had indeed, fractured. In November, the company extended that offer to leads that had not fractured, but required removal based on a doctor's recommendation for that specific patient.

Most Fidelis users will not need to have the lead replaced. But how can you know, if you're one of the lucky ones that won't?

With nearly a quarter-of-a-million patients in play, the Medtronic debacle translates to the most widespread problem involving a heart device in history, and the issue has captured the attention of both houses of Congress.

More News
Daniel G. Shultz, director of the US Food and Drug Agency (FDA)'s center for devices and radiological health, leads an FDA delegation at a conference in Boston today (December 13th). Sponsored by the Medical Device Safety Institute, a research offshoot of the Beth Israel Deaconess Medical Center in Boston, the session will see doctors, regulators and device companies debate the issues and share proposals for making changes in the way heart devices are approved, and monitored.

That's little comfort for someone living in fear, with a potentially defective Medtronic Fidelis lead connected to his or her heart. Will it fail? Could it fail? And how do I live with not knowing? My doctor says I'm not a candidate for replacement surgery but I'm still worried, you might think. Or, my doctor agrees a replacement would be a good idea, but I can't afford the $11,700 to have it done.

It's a crime that a device designed to afford peace of mind, can be such a source for angst.