Patients who have been affected by the 2007 Medtronic Sprint Fidelis lead recall are contacting lawyers to determine whether or not they have a claim against Medtronic. While some people have actually been harmed by fractured Sprint Fidelis leads, others say they constantly live with the fear that their defibrillator will not work as promised, a potentially fatal problem. 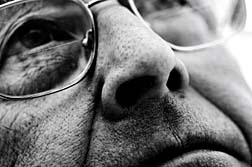 Lawsuits filed against Medtronic allege the company misrepresented the safety of the Sprint Fidelis leads and that the leads are prone to fracture because of their thinness. As a result of frayed or fractured wires, patients may receive unnecessary electrical shocks or may not receive a shock when necessary. Plaintiffs further claim that Medtronic negligently manufactured, marketed and sold the leads as safe.

According to Lloyd's Corporate Litigation Reporter, Medtronic faces approximately 225 lawsuit related to its recall of Sprint Fidelis leads. Of those, 33 are putative class action lawsuits that represent around 600 personal injury cases. An additional class action lawsuit has been filed in Canada.

Of course, there are individual claims in addition to the class action suits. One patient, Donald Jackson, has filed a lawsuit claiming that unnecessary shocks caused him to suffer post-traumatic stress syndrome, resulting in him seeking psychiatric treatment. Jackson's complaint says the shocks caused, "great physical, emotional and psychological suffering and extreme anxiety," and gave him "imminent apprehension of death." According to the lawsuit, Jackson now takes mood-stabilizing drugs.

Federal class action lawsuits filed against Medtronic involving its Sprint Fidelis Leads are being dealt with through multidistrict litigation (MDL). Doing so gives individuals who have filed lawsuits control over their own cases. Essentially, only the discovery part of the lawsuit will be handled through MDL. After discovery, cases are sent back to the court where they were filed.

When the Medtronic Sprint Fidelis recall was announced, patients were told that those with the leads implanted should not have them removed because the additional surgery carried higher risks than the risk associated with fractured wires. However, that has left many patients nervous that they may be a victim of a fractured lead.

More MEDTRONIC News
On September 4, 2008, the FDA announced that it has approved a software update that will help detect Medtronic Sprint Fidelis lead fractures. Although the software will not fix the fractures, it will alert physicians and patients about a fracture so that they can deal with it before serious harm is done to the patient. The software feature is called the Lead Integrity Alert, and it gives off an audible alert when it detects that a lead has fractured. The alert repeats every four hours until a physician resets the defibrillator.

While this software update will likely help many people, it may do little to relieve the anxiety of those who have already had their defibrillator go off at inappropriate times, or not administer a shock when one was necessary. Those who have received inappropriate shocks say they live in constant fear of being shocked again and describe enduring agonizing pain.

If you have suffered losses in this case, please send your complaint to a lawyer who will review your possible [Medtronic Lawsuit] at no cost or obligation.
Request Legal Help Now

Posted by
Al. Howard Sr.
on December 8, 2011
I heard a news broadcast on/or before 1-27-2007 that talked about "bad" lead wires being responsible for causing personal injury, and the deaths of five Individuals.

I had a "bad" lead installed on 1-27-2007, my question is why did'nt Medtronic inform Hospitals and Doctors about the questionable leads, and why did they wait until October, 2007 to discontinue the bad lead insertions?

In reference to the "Settlement" procedure, the offers put on the table indicate that a joint litigation process never happened. In fact the opinion is that dictation ruled. In short, Client representation was probably told "this is what we are paying, tell your Clients to take it or leave it!" MONEY RULES!