"Deadly Errors Made Every Day," says former OR Nurse

A former operating room nurse, who claims she herself was the victim of a botched surgery, is speaking out loud and clear about medical malpractice and medical mistakes that injure or kill thousands and thousands of Americans every year. "I have been accused of being too passionate," says Helen French," but I am just trying to save people's lives. 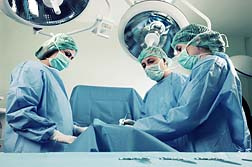 Among that group, HealthGrades reports there were 97,755 actual in-hospital deaths due patient safety events.

French gave up nursing in 2007 after an operation to correct a vertebrate problem left her with constant pain in her arms and a choking sensation in her throat. "I never know whether I am going to gag on something. I am worried I am going to choke to death," says French. "I was in so much pain. I would be walking up the sidewalk to my house at the end of the day just crying. I thought I just can't do it anymore."

A registered nurse for more than 30 years in the state of Virginia, French has been a passionate advocate for both nurses and patient safety. Her frank and public concern about operating room procedure has sometimes antagonized colleagues. She even received hate calls telling her to shut up. "They said I just talked too much about what went on in the OR," French says.

As a young nurse in 1974, French says she saw sloppy operating room procedure result in a death of patient. "She was having a hysterectomy. The woman was obese and the circulation in her legs was cut off because of the way she was placed in the stirrups," says French. "That poor woman lost both her legs that week and died later that year. They settled out of court."

From that point on French began keeping meticulous records on what happened in the Operating Room. "I started writing down things that happened over the years. I could write stories from here to the end of time and I would never run out," says French. "I have closets full of records and information."

More Medical Malpractice News
Ironically, French believes she herself has been the victim of medical malpractice. "I woke up with excruciating pain from neck surgery. I had a burn on my arm and I was going into kidney failure," says 65-year-old French. "Now I feel like there is something stuck in my throat, I am finding out that the implant could cause me to asphyxiate."

French tried to sue but has been unable to find a lawyer willing to purse her case. "The attorney dismissed the case as just the routine risk associated with surgery, not medical malpractice," she says.

With plenty of time on her hands and three decades of operating room and hospital care experience, French has started a website to alert people to the potential dangers of surgery. "I am looking for a writer maybe to help me put all this information together someway," she says. "There are just so many problems and so much danger for patients; I just want to do something about it."

Posted by
Ava
on March 22, 2018
If there cameras in the operating room, it would help document the problems.