Who should be Prescribed Lyrica?

When the FDA approved Lyrica in 2007 to treat fibromyalgia, Pfizer’s profits likely skyrocketed as the disease affects about 3 million to 6 million people in the US each year. It took the agency two more years to warn about possible Lyrica birth defects—how many pregnant women suffering from fibromyalgia took the anticonvulsant drug without knowing? 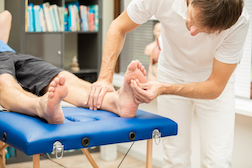 But Pfizer saw more opportunities and bigger profits for its blockbuster drug, and cast a wider net in the pain department. As a result, in September of 2009 the drug giant paid $2.3 billion to settle criminal and civil charges in the U.S. for the “off-label” marketing of Lyrica and other medications. “Contrary to the approved intended uses, Pfizer marketed Lyrica for the treatment of chronic pain, neuropathic pain (other than DPN and PHN), perioperative pain, and migraine,” stated the lawsuit.

Lyrica (the brand name for Pregabalin) is classified as a miscellaneous analgesic and anticonvulsant, and was approved in 2004 for “the management of neuropathic pain associated with diabetic peripheral neuropathy (DPN) and postherpetic neuralgia (PHN); and use as adjunctive therapy for adult patients with partial onset seizures. (Neuropathic pain is chronic pain that arises from damage to sensory nerves, such as pain arising from trapped or compressed nerves, drug-induced nerve damage, phantom limb syndrome following limb amputation, andfibromyalgia.)

Also in 2009--a pivotal year for Lyrica--the FDA issued a warning to physicians, advising they recommend that pregnant patients taking Lyrica enroll in the North American Antiepileptic Drug (NAAED) Pregnancy Registry. And to patients: “they should be encouraged to enroll in the NAAED Pregnancy Registry if they become pregnant.” In other words, The FDA warning label for Lyrica does not specifically warn pregnant women not to take the drug. But it does caution them to consult with a doctor if they are pregnant or plan to become pregnant.

More LYRICA BIRTH DEFECT News
Recent studies have shown increased risk for major birth defects after taking pregabalin during the first trimester of pregnancy, but many women don’t know they are pregnant until they are in the first trimester. Armed with the knowledge that Lyrica causes birth defects, it would seem that the FDA warning isn’t strong enough. Perhaps Lyrica should only be prescribed to women of child-bearing age if they are in danger of not taking the medication – i.e., women suffering from epilepsy and are at risk of seizures.

Lyrica remains one of Pfizer’s top selling drugs, generating $5.1 billion in revenue in 2014 – the year when Pfizer’s patent on Lyrica for epilepsy and anxiety expired. But its secondary patent for pain is good until July of 2017.

If you or a loved one have suffered losses in this case, please click the link below and your complaint will be sent to a drugs & medical lawyer who may evaluate your Lyrica Birth Defect claim at no cost or obligation.
Request Legal Help Now