Were you looking for Pregabalin (Lyrica) Linked to Increase in Birth Defects lawsuits?

Lyrica, the brand name for pregabalin (generic), is a popular drug prescribed for pain. It has recently been linked to birth defects. Pregabalin Birth Defects include heart defects, central nervous system (CNS) defects, and structural defects in organs. A recent study indicates that pregabalin during pregnancy has a tripled increased risk of birth defects when it is used in the first trimester. Lyrica birth defects also include spina bifida, anencephaly and more. Other than birth defects, there are many common and severe lyrica side effects, from tiredness to chest pain to suicidal thoughts.

Send your Lyrica Birth Defect claim to a lawyer who will review your claim at NO COST or obligation.
GET LEGAL HELP NOW

Lyrica, which belongs to a class of medications called anticonvulsants, works by decreasing the number of pain signals set out by damaged nerves in the body. Often prescribed to diabetes patients, pregabalin helps relieve pain from damaged nerves that occurs in hands, arms, fingers, legs, toes or feet. It is also prescribed to help treat fibromyalgia symptoms (pain, muscle fatigue, tenderness and stiffness) and ease the pain of shingles. Combined with other medications it is used to treat some kinds of seizures in people with epilepsy. And the anti-epileptic medication has been prescribed for off-label uses, such as generalized anxiety disorder. 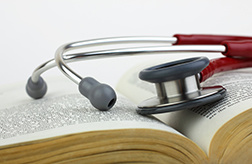 Data collected by the Swiss Teratogen Information Service, a facility that collects reports of potential harmful effects of drugs, found that women who took pregabalin (Lyrica), during pregnancy had a higher risk of having babies with birth defects, and three times as high if taken during the first trimester.

A study published in the journal Neurology (May 2016) found similar results. It links Lyrica to a tripled increased risk of major birth defects compared to women who did not use Lyrica. The study involved 164 pregnant women. Approximately 80 percent were on Lyrica before they got pregnant, and most women stopped taking it six weeks into their pregnancy. (The study' senior author, Dr. Thierry Buclin, noted that 77 percent of the women were taking pregabalin before they learned they were pregnant.)

The study showed an increased risk of major birth defects after first trimester exposure to pregabalin. While researchers noted that several factors, such as the small sample size, calls for more studies, they advise all women of childbearing age should take birth control while using Lyrica. They also recommend extra fetal monitoring in pregnant women who have already used Lyrica. Other experts say that pregnant women should avoid using Lyrica if possible. ""We checked and rechecked all of the outcomes","Dr Buclin told Time online (May 18, 2016). ""We were a bit surprised by the positive finding of higher birth defects. It''s definitely concerning.""

Before the above studies were published, evidence from animal studies showed a higher rate of skeletal and neural tube defects among those exposed to pregabalin, which raised concern about the risk for pregnant women.

To date, a lawsuit has not been filed linking Lyrica to birth defects, but attorneys are investigating complaints nationwide.

Pfizer, the Lyrica manufacturer, in 2009 agreed to pay $2.3 billion to the Department of Justice for illegally promoting sales of a Lyrica dosage, according to BBC News. Pfizer was allegedly urging doctors to prescribe Lyrica for "off-label" use. And the giant drug company "paid bribes and offered lavish hospitality to healthcare providers to encourage them to prescribe [Lyrica]".

That same year, Pfizer asked pregnant women on Lyrica to enroll in a study to investigate the risk of birth defects, but they didn't warn pregnant women about any Lyrica side effects. Lyrica is a "Pregnancy Category C"drug, which means it has shown evidence of causing birth defects in animal studies but the risk in humans is unknown.

Lyrica is one of Pfizer' top-selling drugs, generating $5.1 billion in sales in 2014.

If you or a loved one has suffered similar damages or injuries, please click the link below and your complaint will be sent to a lawyer who may evaluate your claim at no cost or obligation.
Please click here for a free evaluation of your Lyrica Birth Defect claim
Last updated on Jun-15-16

Why Take Lyrica and Other Anticonvulsant Drugs Associated with Birth Defects?

Washington, DC: Not all anti-epileptic drugs (AEDs) are made equal. Some AEDs, including Lyrica, are known to be associated with more birth defects than others. So why are they prescribed to pregnant women and/or women who may get pregnant?READ MORE
Lyrica and Topamax: Same but Different

Washington, DC: Studies have shown that some anti-epileptic drugs (AEDs) are safer than others during pregnancy. For instance, Lyrica is classified as Category C while Topamax has Category D status. But both AEDs have been associated with birth defects.READ MORE
Who should be Prescribed Lyrica?

Osseo, MN:When the FDA approved Lyrica in 2007 to treat fibromyalgia, Pfizer’s profits likely skyrocketed as the disease affects about 3 million to 6 million people in the US each year. It took the agency two more years to warn about possible Lyrica birth defects—how many pregnant women suffering from fibromyalgia took the anticonvulsant drug without knowing?READ MORE

Posted by
Scott Schultz
on June 23, 2016
I was prescribed Lyrica for over five years. I suffer from several horrible side effects during and after taking this medication. I stopped after going thru unbelievable withdrawal symptoms - sweats, chest pain, weight gain, etc. I'm very upset over the high mortality rate using Lyrica and couldn't get reasonable-cost medical or life insurance for two years after completing Lyrica. My physician insisted on prescribing this medication beachside it has "positive side effects" - I should have realized those side effects are positive for him - luxury trips, undisclosed compensation, and other perks. This medication must have a high suicide rate- the hot flashes and sweats are extremely difficult to overcome.