In the third week of the current talcum powder trial, plaintiff’s doctor Annie Yessaian explained to the Los Angeles jury that talc can increase the risk of cancer. In its defense, J&J called to the stand Alan Andersen, a former FDA scientist and former director of the Cosmetic Ingredient Review, who said that studies showed talc had “unremarkable” effects on human cells. 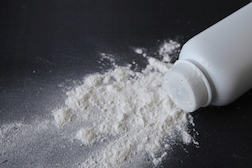 During the second day of the California trial, plaintiffs brought in expert witness Laura Plunkett, a toxicologist and pharmacologist and former consultant to the pharmaceutical industry. She too testified on the link between talcum powder and cancer. Both Plunkett and Yessaian (lead plaintiff’s doctor that treated her cancer, oncologist and University of Southern California gynecology assistant professor) told the jury that particulate matter can migrate into women’s genital tracts. She described studies showing how chronic inflammation, as could be caused by talc particles in an ovary, can push human cells to change in ways that would increase the risk of cancer. Plunkett even said that, “talc is toxic… I don’t feel there’s any question about this at all, it’s taught in textbooks”.

So, who has more clout: Plunkett and Yessaian or the former FDA scientist Alan Anderson? Lead plaintiff Eva Echeverria was likely wise to choose as her attorney Allen Smith of The Smith Law Firm: he certainly did his homework.

Anderson testified that, during his time at the Cosmetic Ingredient Review (CIR), an expert panel released a 2013 report after studying talc for two years. They determined that talc is safe when used in cosmetics products. During cross examination, Smith pressed Anderson about possible conflicts of interest on the CIR expert panel, and Andersen admitted that the leader of the panel had been paid by J&J for a research talk on alopecia (a type of hair loss sometimes associated with cancer). According to Law360, Andersen told the jury that he had “reviewed that payment and determined there was no conflict of interest.”

Closing arguments were delivered August 16, with Smith telling the jury that J&J’s talcum powder products caused Eva Echeverria’s ovarian cancer. Echeverria, age 63, began using Johnson & Johnson’s Baby Powder and Shower-to-Shower talc when she was 11 years old. She was diagnosed with ovarian cancer ten years ago. J&J’s attorneys argue that Echeverria was misinterpreting studies that she claims are proof of a talc-ovarian cancer connection.

Along with Echeverria’s lawsuit, more than 4,500 talcum powder complaints filed against J&J claim the company is liable for failure to warn about the risks allegedly associated with its talcum powder products. Now it’s up to the jury to decide.

Posted by
Bernita Perkins
on August 27, 2017
I used talc powder a lot of years. I now have COPD. I never smoked