Johnson and Johnson Asbestos Talc Trials Not About Attorneys

Johnson & Johnson struck another loss in its asbestos talc trial September 11, 2019, and the pharma giant has been ordered to pay $37.3 to four plaintiffs – after the defendants’ attorney called the plaintiffs’ attorney “sinister”, according to Courtroom View Network. That seemed to be enough for the judge, the straw that broke the camel’s back, so to speak. 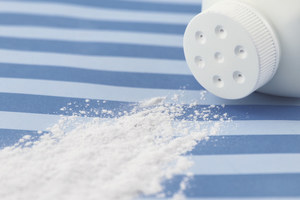 Judge Ana Viscomi struck from the record defendant attorney Diane Sullivan’s entire closing argument, or “lawsuit fiction” as Judge Viscomi referred to it. Attorney Sullivan said that, “When you don’t have evidence, sometimes you have to create it,” referring to experts for the plaintiffs who didn’t connect mesothelioma to talcum powder until they were hired by the plaintiffs. Sullivan told the jury that, “You can see the difference between science, the truth and facts in the real world, and lawsuit fiction.

She pointed to studies of workers who mined talc used in baby powder that found they did not contract mesothelioma or asbestosis. Which begs the question: did asbestos workers who developed mesothelioma or asbestosis use baby powder when they were young? We know the disease can take up to 30 or 40 years to manifest. The plaintiffs in this talcum powder mesothelioma case are D’Angela McNeill-George, Will Ronning, Douglas Barden and David Etheridge. They say they were exposed to asbestos in talcum powder when they were babies, according to court documents.


Sullivan is one of the big guns: she was recently named, along with 26 lawyers, a winning litigator by the National Law Journal in an article that highlighted her defense verdict in another J&J case.

Viscomi said the closing argument was “replete with conduct this court has already warned you about…would be impossible to strike only the inappropriate comments while leaving in the appropriate ones,” according to Law360.

In opening statements, defendant attorney Sullivan told jurors that Johnson & Johnson baby powder and Shower to Shower did not contain asbestos, and even if the plaintiffs’ experts were right about finding asbestos in its talc, the amount was “not enough asbestos to give an ant cancer, let alone a person.”

Sullivan said that Judge Viscomi’s decision was “draconian and unfair,” leading the judge to tell her to “stop the outbursts.”

Since the early 1980s, a number of studies have suggested a link between talcum powder and ovarian cancer. The American Cancer Society suggests that talcum powder used in the genital area can create a small risk of ovarian cancer in some women. Although ovarian cancer is known as a “silent killer’ that affects only 3 percent of cancers among women, but it more deaths than any other cancer of female reproductive organs, according to the Society.

Posted by
Denis R Miller
on October 14, 2019
I am compiling a collection of peer-reviewed published scientific papers linking exposure to baby powder and other talcum powder containing products to malignant mesothelioma.

Also an answer to a plausibility question: considering the widespread use of baby/talcum powder in babies in the US, why isn't the incidence of malignant pleural mesothelioma much higher than it is?

Posted by
Roxanne Rioux
on September 29, 2019
I have cancer from Talcum Powder