It’s enough to tempt you to revoke your Invokana. Users of the SGLT-2 inhibitor to treat their type 2 diabetes would be forgiven if thinking their diabetes was the lesser of all other evils stemming from use of Invokana, given reports of Invokana Linked with Cardiovascular Injuries and Kidney failure. 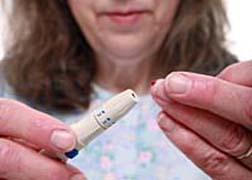 There is also a risk for ketoacidosis, according to a warning issued from the US Food and Drug Administration (FDA) last month. Ketoacidosis is described as a buildup of acid levels in the bloodstream, which could lead to further health problems.

Invokana was the first SGLT-2 inhibitor approved by the FDA. Farxiga, in the same class as Invokana, was approved later. An analysis of the FDA’s Adverse Event Reporting System (AERS) reveals six cases of heart failure reported in association with use of Farxiga. Some researchers have noted that many of the potential side effects emerging from these type 2 diabetes drugs could not have been detected until extensive post-marketing surveillance had been undertaken.

And yet, it has been reported that prior to Invokana achieving FDA approval in 2013, concerns had been raised about the potential for heart problems amongst those suffering from type 2 diabetes in association with Invokana use. Invokana patients who have encountered heart issues since the drug came onto the market two years ago might well be advised to consult a legal professional, since concerns about Invokana side effects related to the heart had been raised before the drug even came on the market.

It has always been the FDA’s policy to consider a drug worthy of approval and not unsafe provided the risk/benefit ratio is skewed higher toward the “benefits” scale for the intended patient constituency. While the FDA may have been aware of a cardiovascular risk associated with Invokana, the agency’s approval suggests that the risk to a patient’s health from type 2 diabetes may have been more dire than that associated with cardiovascular issues stemming from use of type 2 diabetes medications such as Invokana.

Still, some plaintiffs are left to wonder why a medication would be worthy of approval with such risks present.

As for Invokana side effects involving ketoacidosis, there is some degree of concern. Researchers, mining the FDA’s ARES, found 23 cases of ketoacidosis linked to use of Invokana.

Pundits and health advocates are beginning to speculate as to whether or not Invokana was properly researched and vetted prior to FDA approval, together with the potential that risks associated with Invokana could actually outweigh the benefits for intended patients - thereby turning the risk/benefit ratio completely on its head.

In tandem with the release of the FDA warnings was a communiqué from the Institute of Safe Medication Practices (ISMP). That report raised some red flags about kidney problems associated with Invokana. ISMP identified no fewer than 457 reports of serious adverse events related to kidney complications from Invokana during the initial year the drug was available on the market. Specifically, Invokana problems involved kidney failure, kidney impairment or problems with kidney stones, urinary tract infections, dehydration, hypersensitivity, and abnormal weight loss.

At the end of the day, ISMP noted that reports of adverse events associated with Invokana were higher than 92 percent of other medications monitored by ISMP.

Given the Invokana adverse events seen, health advocates are asking if warnings related to risks and potential problems with Invokana have been adequate. Attorneys, on behalf of their clients, are asking that same questions as well.

More INVOKANA LINKED WITH CARDIOVASCULAR INJURIES AND KIDNEY FAILURE News
When the FDA gave the nod to Invokana in March 2013, the approval came just three months after the regulator revealed concerns about Cardiovascular Injuries and Kidney failure, as well as risk to bone health. When the agency did an about-face three months later, it mandated a collection of five post-marketing studies to assess cardiovascular outcomes, bone safety effects and possible malignancies associated with canagliflozin (Invokana).

The five studies were to include a cardiovascular outcomes trial; an enhanced pharmacovigilance program monitoring possible issues such as pancreatitis, hypersensitivity, photosensitivity, liver abnormalities and pregnancy problems; a bone safety study; and two pediatric studies.

According to The National Institutes of Health, almost 26 million Americans suffer from type 1 or type 2 diabetes. Last month, Health Canada - the Canadian equivalent to the FDA in that country - announced a safety review of Invokana.

If you or a loved one have suffered losses in this case, please click the link below and your complaint will be sent to a drugs & medical lawyer who may evaluate your Invokana Linked with Cardiovascular Injuries and Kidney Failure claim at no cost or obligation.
Request Legal Help Now

Posted by
Pat Zdunich
on December 8, 2016
I started taking Invokana and within a month I started have intense bowl pain with nausea. This would last an hour at a time till ending in diarrea, contractions, throwing up. One time it was so bad, I was having chest contrations. I find myself off balance and having more pain from Arthristis still today. I quit taking it and it took a couple of weeks for most of the effect to go away. I also had urinary track infection and could not drink enough water. My bladder seems to be weeker now and having problems with urine stream.
Posted by
Winifred galarza
on April 13, 2016
On 100 mg invokana great results, 300 mg severe muscle weakness, loss of balance, blood sugars shot up from 100 to 300-400. Dehydration, couldn't drink enough liquid. Stopped invokana, had to go to physical therapy to get back strength. Got back my balance. Blood sugars never returned to normal. Six months later and I still feel sick. Went from hiking 5-6 miles, gym etc to feeling so bad that all activity has stopped. Still trying to get blood back to normal. I think invokana did some serious damage to my body!
Posted by
Rhonda Vittengl
on April 10, 2016
I started taking Invokana and suddenly my teeth started breaking off and I started getting abcesses in my mouth and I'm pretty sure it is from this medicine.