Hydroxycut User: "My Life is Shortened" 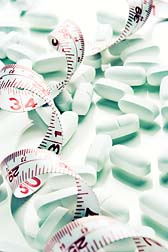 Jodi says that initially, Hydroxycut helped with weight loss. However, after 2 to 3 months taking the dietary supplement, in 2007, she began experiencing serious side effects and sought medical help.

"I was jaundiced and I had pain in my upper right-hand side," Jodi says. "I thought it was my appendix. I also had drinking issues when I was younger but had since changed my lifestyle. My doctor said, 'Seriously, Jodi, I don't think alcohol has anything to do with this.'

I didn't want to tell him I was taking Hydroxycut—in fact, I didn't even think about it right away because I thought it was just a diet pill. But he said, 'Your liver is damaged now. What have you been doing differently?' So, I told him about the dietary supplements. Those were the only things that were different in my life. The liver specialist said that he could not prove that the dietary supplements caused my liver to go bad but it looked like that to him.

More HYDROXYCUT News
I was so sore. I have never experienced pain like that in all my life. My urine was like a bright, neon yellow and I had a bad stomach ache, so bad that I couldn't walk and I couldn't eat. I didn't know what was going on. I was put in the hospital for 4 days and I was diagnosed with autoimmune Hepatitis.

The specialist is doing bilirubin tests on my liver periodically. My liver is scarred, not a lot, but there is scarring. My liver is damaged—that's what I'm upset about.

I just thought Hydroxycut was incredible. I was happy because I lost weight, but I ended up in the ER because of it. My liver is forever damaged because it's scarred. I thought that with the supplements and diet and exercise everything would be wonderful and now my life is shortened. I don't appreciate being lied to. I'm 45 years old and all of a sudden I have liver damage."