Hydroxycut Class Action the 'Next Big One'

The recall of various versions of Hydroxycut supplements has evolved into the launching of a class-action lawsuit, together with a pow-wow scheduled for San Francisco later this month to discuss and update potential plaintiffs and legal eagles regarding Hydroxycut diet supplements and their adverse health effects. A total of 14 hydroxycut products , manufactured and distributed by Iovate Health Sciences, have been banned over concern for hydroxycut liver damage—including one that allegedly took the life of a 19-year-old Hydroxycut user in 2007.

That death is detailed in the text of the class action lawsuit that has been filed in federal court in Los Angeles on behalf of Hydroxycut users. According to an update posted June 22nd on Best Syndication, the lawsuit alleges violations of state deceptive practices laws, misrepresentation, false advertising and unjust enrichment. 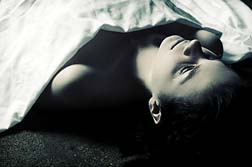 The lead plaintiff in the class action is reportedly seeking compensatory, equitable, declatory and injunctive relief for himself as well as others to be represented by the class action.

The Hydroxycut class action filed in California is not unlike class actions already filed in Tennessee and Canada, according to Best Syndication.

To that end a half-day seminar is scheduled for July 28th at the Mission bay Conference Center at the University of California in an effort to address the latest on the Hydroxycut issue for both potential plaintiffs and their legal representatives.

According to the Medical Letter on the CDC and FDA, which was issued with a publication date of July 5th, the Hydroxycut class action is being described as 'the next big one,' according to those close to the issue. The dietary supplement industry is described as a $23.7 billion dollar juggernaut. As for Hydroxycut, 14 product lines for weight loss supplements were identified in the recall and of those, there were 56 variations based on size, quantity and flavor.

The moderator of the July 28th conference, which is sponsored by HB Litigation Conferences, is Thomas Clark. The Medical Letter referred to a recent HB Litigation conference call, during which Clark reported that with regard to the dietary supplement industry in general, from January to October 2007 there were 298 adverse event reports forwarded to the US Food and Drug Administration (FDA) regarding dietary supplements. That number grew to 948 for the same period in 2008. Of those reports, Clark said, 596 were mandatory reports by the industry. Clark went on to say that the FDA estimates there are 50,000 adverse events from dietary supplements each year, but fewer than 5% of these are being reported.

"This rises to a whole new level of under-reporting," he said, in part because individual consumers either do not connect their symptoms with the supplements or do not tell their doctors they are taking them.

For its part Iovate, according to the Medical Letter, undertakes "extensive medical, scientific and toxicological literature reviews on the safety of the ingredients during the development stage of each product," according to a statement from Iovate issued May 1st—the same day as the FDA health alert. "Additionally, third-party experts from the leading independent scientific firm specializing in ingredient assessment, toxicology and product safety for the nutritional and pharmaceutical industry review the safety of Iovate's ingredients and formulas before products are introduced in the marketplace. Only after this external review is completed does Iovate release a formula."

More HYDROXYCUT News
It is little wonder that the dietary supplements industry is generating such a high level of sales, given the state of the Great American Waistline. According to The American Obesity Association approximately 127 million adults in the U.S. are overweight, with 60 million classified as obese and 9 million severely obese. The Institute of Medicine reports that in 2004, 18.9 percent of Americans reported that they had taken one, or more dietary supplements in the past year. By 2007, 68 percent of Americans used dietary supplements, a 2 percent growth from the previous year, according to Ipsos-Public Affairs for the Council for Responsible Nutrition. Retail and non-retail sales of dietary supplement products across all distribution channels in the U.S. were $17 billion in 2000, so says the Nutrition Business Journal, 2001.

It was on May 1st that the FDA issued a health alert with regard to Hydroxycut supplements over the potential for liver damage. While instances of liver injury have been reported to be rare, such reports of hydroxycut liver damage were in relation to the recommended dosages of Hydroxycut diet supplements on the bottle. Hydroxycut is sold under the Iovate and MuscleTech brands and is manufactured by Iovate Health Sciences Inc. located in Oakville, Ontario Canada. Iovate Health Sciences USA Inc. of Blasdell, New York, distributes the product.

If you have suffered losses in this case, please send your complaint to a lawyer who will review your possible [Hydroxycut Lawsuit] at no cost or obligation.
Request Legal Help Now