In a dramatic turn of events over the last 24 hours, the US Food and Drug Administration (FDA) is now saying that as many as 21 deaths may be linked to potentially tainted blood thinners, and Baxter International—having recalled all lots of its multi-dose vials last month—is now recalling virtually all of its heparin products as a precaution.

On Thursday, it was suggested that four deaths had been linked to heparin, a blood thinner widely used for dialysis patients, and following some surgical procedures. While the 17 additional deaths being reported cannot be conclusively linked to heparin distributed by Baxter International, (given that the patients were extremely ill and may have succumbed due to other causes), the possibility is sufficient nonetheless to raise increased concern. 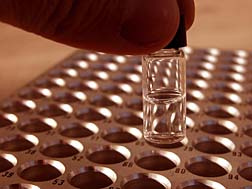 Within the last 24 hours Baxter International issued a voluntary recall of all single-dose vials of heparin, as well as a diluted solution known as Hep-Lock, a flushing product used to prevent blood clots from forming in intravenous lines. While no adverse reactions or deaths have been linked to the latter product, Baxter International decided to issue a recall of that product too, as a precaution.

The concern over heparin distributed by Baxter International centers around an American-controlled plant in China, just west of Shanghai. Scientific Protein Laboratories is based in Wisconsin and is majority owner of Changzhou SPL, which refines crude heparin before shipping it to Baxter for final manufacturing. The plant sources much if its raw material from within China. Changzhou SPL, through a spokesperson, said as recently as Thursday that it sources crude heparin, which is made from the intestines of pigs, from two primary wholesalers, also referred to as consolidators. SPL maintains that the consolidators are reputable and their suppliers are audited.

However, it was reported Thursday that one of the two consolidators had in turn sourced raw material from unregulated workshops, a fact apparently verified by one of the owners of the cookhouses.

The processing of pig intestines has grown into a huge cottage industry in some parts of China, where whole villages can be given over to the task. In the case of one heparin house, a team of women wearing aprons work in the kitchen splicing intestines into sausage casings once mucous membrane has been scraped away. This mucous membrane is cooked. Once liquids and juices are boiled away, what remains is a dry substance that forms the basis for crude heparin. This substance is in turn sold to facilities that refine the product for final processing into heparin.

These mom-and-pop establishments, where often the family that owns the cookhouse lives in a room in the back, are often unsanitary. They are certainly not regulated.

The FDA, it was reported this morning in the New York Times, finally sent an inspection team to Changzhou SPL last week—something the agency admits it should have done before allowing the plant to begin shipping product to Baxter starting in 2004. Its failure to do so is actually a contravention of FDA policy, and an oversight compounded by the fact Changzhou SPL was also not inspected by Chinese authorities. In the government's view, Changzhuo SPL is a chemical plant and not a drug manufacturer, and therefore not inspected by the Chinese drug agency.

During its facility inspection last week, it has been reported that the FDA found the Changzhou SPL plant had failed to properly follow protocols for identifying impurities and deficiencies related to manufacturing equipment. What's more, according to an inspection report released by the FDA, it appeared that the Changzhou SPL plant had made some heparin with "material from an unacceptable workshop vendor."

The vendor was not identified, but the FDA has said it would follow through all the way to suspect workshops, if necessary.

Scientific Protein Laboratories has said in a statement they are buying fewer raw materials from China, and remains committed to getting to the root cause of the problem, a pledge echoed by Baxter International.

The heparin industry in China was hit hard last year after an outbreak of blue ear pig disease swept through several provinces, depleting stocks and sending prices soaring. Farmers are said to have sold sick pigs into the market to meet demand, and the crisis, it is said, sent some large suppliers of crude heparin scrambling to source new, and less-expensive supply.

The kind found in unregulated, unsanitary and unsavory heparin sweathouses.

More News
Baxter International has recalled its entire heparin product line with the exception of pre-mixed bags of intravenous solution. The FDA has said that about a million multi-dose vials of heparin are sold in the United States each month, about half of which are manufactured by Baxter International.

Even with the Baxter recall, it is thought that there is sufficient supply in the system to meet demand.

Adverse reactions to heparin products have included depleted, or low blood pressure, and rapid heart rate. While such adverse reactions are not necessarily confined only to Baxter heparin, it should be noted that none of the products manufactured by others have been recalled, nor were any warnings issued.

It has not been determined if Changzhou SPL is at fault, and the investigation is continuing.