A report out of China Sunday pertaining to a government crackdown on counterfeit drugs and tainted food supplies would understandably leave health advocates in the US concerned about the quality of imports coming into the country from that part of the world. 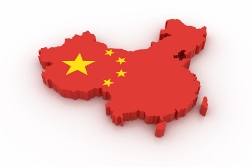 The New York Times reported yesterday (8/5/12) that government officials in Shanghai have acknowledged an ongoing increase in the level of sophistication related to the production of counterfeit products—and that such operations are becoming much more difficult to detect.

Various products imported to the US from China have shown to have proved problematic in recent years. Items such as toothpaste, and medical products such as heparin—a blood thinner—have been found to contain counterfeit ingredients, which effectively mimic the correct, but far more expensive base ingredient. Patients have become seriously ill, and some have died in the wake of ingesting counterfeit products.

There was no mention in the report if any of the products were destined for the US.

The government detained upwards of 2,000 people in this latest crackdown. Earlier this year, 200 individuals in China were arrested on charges of manufacturing and selling fake drugs, the report said. Authorities in Zhejiang Province, an area within close proximity to Shanghai, found hospital workers saving old packages of medication—some of them, so-called 'high-end' drugs—then flipping the empty packages to counterfeiters for a price, allowing the counterfeiters to fill the packages with counterfeit product and selling them as the real thing.

Authorities noted that fake drugs are becoming increasingly available on the Internet.

An increasing number of US drug providers have moved part, or all of their production to offshore locales such as China as a way to cut costs. Labor in China is a fraction of the cost of a similar work force in the US, and unions are a non-issue in China. However, manufacturers have found maintaining good manufacturing practices an increasing challenge, and the US Food and Drug Administration (FDA) continues to be woefully deficient in its capacity to provide ongoing oversight at offshore facilities.

The report noted the most recent crackdown came amidst concern that some fake treatments were leading to liver damage and cardiac arrest in patients.

More HEPARIN News
In 2008, tainted heparin produced, in part through unsanitary conditions in mom-and-pop sweatshops in China sickened scores of Americans and result in many deaths. In a related issue, counterfeit heparin was found to be mixed in with real heparin. Also in 2008 LawyersandSettlements.com reported that magnetic resonance imaging (MRI) had found as much as 20 percent of the active ingredient of some lots of heparin originating in China, to be counterfeit. Counterfeit glycerin has also been found in cough syrup and toothpaste has previously been found to contain bogus ingredients that serve to reduce the cost of production, at the expense of the health of the consumer.

It is not known if this latest crackdown will serve to prompt regulatory authorities in the US to review drugs and other medical products coming into the US, from China.