It was not your average harassment complaint that 25-year-old Kyme Dang brought to attorney Neil Sunkin in 2007. But after four years of working on her behalf and some good old-fashioned "lawyering," as Sunkin calls it, the court ordered former boyfriend, Barry Hankerson, to pay Dang $3,335,861 in damages caused by a long and repeated pattern of stalking, defamation and the intentional infliction of emotional distress. 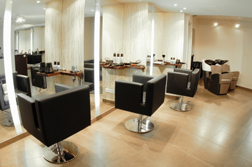 A large portion of that award, $2.5 million, constituted punitive damages. "I think that says the jury very clearly wanted to send him a message that his conduct would not be tolerated by the award," says Sunkin.

Hankerson's actions, as alleged by Dang in her pleadings to the court, can only be described as extreme. "The facts of this case were pretty unique," says Sunkin. "I have done defamation cases before but I have never had a case before where someone's car was blown up."

In 2006, Kyme Dang was working as a hairstylist. She had made the break from record producer Hankerson two years before, and although he had continually tried to convince Dang to reconcile their relationship, she repeatedly declined.

In November and December of 2006, Hankerson stepped up the campaign and bought the hair salon where Dang was working. "He paid $400,000 for the business," says Sunkin. "Some men might send flowers to get someone to come back to them, but he bought the business."

About the same time, someone posted anonymously messages on the Internet claiming that Dang was HIV positive. She was also receiving threatening phone calls from a disguised voice and someone tampered with her car.

Then, Hankerson fired her from her job at the hair salon. Dang claimed it was because she refused to be his girlfriend. Hankerson claimed it was insubordination, and as for the anonymous posts to the Internet, he knew nothing about that or anything else.

"If you post something on the internet and you think you're being anonymous, if you think you can hide," says Sunkin, "that is unlikely."

"We were able to track it down," says Sunkin, "and trace the internet posting through discovery to an IP particular address in Atlanta, Georgia. It so happened that address belonged to someone who had a connection with the defendant, Barry Hankerson."

"When somebody sees a false statement on the internet that accuses them of having a horrible disease (in this case it was HIV), it does cause them a great emotional distress. And the jury was moved by that," says Sunkin.

More HARASSMENT News
Dang was also followed by a private detective in early 2007 and someone actually blew up her car this time in San Diego. "He was harassing her from all angles, by buying the business where she worked, then firing her and taking away her livelihood, there were harassing phone calls, there was evidence he was connected to the car fire and the defamatory internet postings," says Sunkin.

In addition to the $3.3 million judgment, the court also placed an injunction against Barry Hankerson. "That protects her and her family and friends and her lawyers from Hankerson approaching them," says Sunkin.


Neil Sunkin has been practicing law for over 25 years. He holds a BA from Brandeis University and a JD from Emory. Sunkin Law is a general practice firm with expertise in a number of areas, including personal injury, employment litigation, defamation and trade libel, and privacy and publicity rights, as well as civil litigation.