It is hard to say what may happen in the future when it comes to litigating against bullying. "The law the way it is written doesn't provide a solution for every kind of harassment," says attorney Richard Winslow. "The way the law is written it is quite narrow, but I think the issues are broader than Title lX, which is limited to sexual harassment." 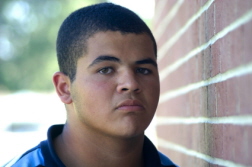 Winslow recently represented 20-year-old Dane Paterson and his family in a bullying suit against the Hudson Area Schools district. The Paterson suit argued that the years of abuse Paterson suffered in middle school and high school violated Title lX, which guards students against discrimination in publicly funded schools.


"There is a certain amount of insensitivity and even a fad of ganging up on someone who seems to be defenseless. I think our society has just gotten a lot meaner than what I was aware of when I was younger"
The $800,000 verdict awarded to Paterson was overturned on appeal – the judge ruled that the history of bullying described by the plaintiff was not in any way related to his gender.

"As Title lX is written now, the bullying would have to have a sexual component, and I think the judge pointed this out," says Winslow.

Fortunately for Paterson and his family, Winslow reached a confidential settlement with Hudson one day before the judge rejected the previous verdict. Winslow, an expert attorney in the area of psychological injuries and psychological damage, believes the settlement will stand regardless of the judge's ruling.

More HARASSMENT News
"I think capturing the harassment of the student is a difficult thing," he says. "There is a certain amount of insensitivity and even a fad of ganging up on someone who seems to be defenseless. I think our society has just gotten a lot meaner than what I was aware of when I was younger."

Although schools have some in loco parentis obligations (that is, to take the place of the parents) but Winslow says there are limitations when it comes to acting to protect students against bullying.

"In loco parentis gives a school an opportunity to accept responsibility for its students, but the ability of a school to discipline or punish the wrong doers seems pretty limited by what the courts allow schools to do."

Richard Winslow is a general practice lawyer based in Otsego, Michigan .

If you have suffered losses in this case, please send your complaint to a lawyer who will review your possible [Harassment Lawsuit] at no cost or obligation.
Request Legal Help Now