’Twas the Week Before Christmas, and Two New GranuFlo Lawsuits

It might be literally a week to go before Christmas, but that hasn’t stopped the parade of lawsuits over the GranuFlo recall from advancing forward. On December 16, two more lawsuits were filed by plaintiffs alleging that GranuFlo, manufactured by Fresenius Medical Care (Fresenius), caused GranuFlo heart attack. One patient died. 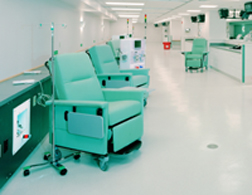 Michelle Donnell is the plaintiff in a GranuFlo lawsuit filed this week, and claims that GranuFlo manufacturer Fresenius was responsible for what is referenced as a “serious cardiac event” during dialysis treatment at Fresenius Medical Care Cockrell Hill in Dallas, Texas. The Fresenius lawsuit notes that Donnell required emergency treatment and an extended stay in the hospital following her cardiac event, and claims that neither she nor her healthcare providers had any forewarning of the potential for Alkali Dosing Errors.

The other lawsuit involves a death. Plaintiff Rose Young filed a lawsuit on behalf of her late husband, Whitney Young Jr., who suffered a DaVita heart attack immediately following his dialysis treatment at DaVita Forest Fair Dialysis in Cincinnati, Ohio, in 2011. The plaintiff alleges that Fresenius was instructing its employees as early as 2008 that settings on dialysis machines required manipulation in order to avoid dangerously high bicarbonate levels.

The Fresenius Medical Care recall, for those who have been affected, has proven to be a frustrating - and in some cases tragic - exercise in poor timing and poor judgment. As most now know, by virtue of news articles here at Lawyersandsettlements.com as well as other news outlets, Fresenius Medical Care is the manufacturer of GranuFlo and NaturaLyte, two products that contribute to the process of kidney dialysis. NaturaLyte is described by the Boston Business Journal as a liquid, while GranuFlo is in powdered form. Fresenius also operates its own franchise of branded dialysis clinics and centers.

The entire controversy has its roots in an internal memo dated November 2011, when Fresenius Medical Care informed its Fresenius-owned-and-operated clinics of an internal study of patient outcomes, warning dialysis operators to adjust settings on dialysis machines to compensate for potentially high levels of bicarbonate in the blood. Bicarbonate that is too high can result in cardiac events. While the memo was duly distributed to Fresenius centers, it was not shared with other non-Fresenius centers that also used the Fresenius-manufactured NaturaLyte and GranuFlo. Thus, those centers did not benefit from the insight Fresenius shared with its own branded clinics.

Fresenius defended its decision, noting that the study results were only preliminary in nature, and that to properly distribute the findings, further study would have to be undertaken and the results published in scholarly journals - and there was no opportunity to undertake such a process quickly.

However, when the internal Fresenius memo was leaked to the US Food and Drug Administration (FDA), the federal agency responsible for the management of pharmaceutical drugs and medications immediately investigated and triggered a Class 1 recall of GranuFlo and NaturaLyte.

A spokesperson for Fresenius noted in comments published in the Boston Business Journal that the Fresenius Medical Care recall was confined to the product labels, not GranuFlo or the NaturaLyte Liquid Acid Concentrate products themselves.

“The FDA has not suggested any change in the production formulation or asked that the products be returned by clinics to [Fresenius],” spokesperson Kent Jarrell wrote in an e-mailed statement to the Boston Business Journal. “We believe these lawsuits based on GranuFlo and NaturaLyte are without merit and we will defend them vigorously.”

More GRANUFLO RECALL News
Plaintiffs in the two most event lawsuits allege that Fresenius knew as early as 2005 that things were amiss. As for the internal Fresenius study, Fresenius noted that 941 patients in 667 of its Fresenius-branded dialysis centers were evaluated. The patients had suffered GranuFlo heart attack during treatment or immediately following dialysis. The study found that study participants were six to eight times more likely to suffer a heart attack or sudden death if they had elevated levels of bicarbonate.

The two latest lawsuits join more than 300 already filed against Fresenius Medical Care. The cases, together with at least 145 other lawsuits, have been consolidated in US District Court.