All Eyes on GranuFlo Bellwether Trials in Early 2016

It may be over a year away, but anyone with any interest or issue with a GranuFlo lawsuit will be marking their calendars for early 2016, when the first two bellwether trials in GranuFlo and NaturaLyte multidistrict litigation get underway. 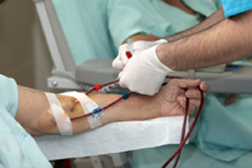 The dates specifically are January 11 and February 16, 2016 for the trials slated for Massachusetts Federal Court (In re Fresenius GranuFlo/NaturaLyte Dialysate Litigation, MDL No. 2428). US District Judge Douglas P. Woodlock will be presiding over the two cases that will serve as a test, for lack of a better word, on behalf of over 2,000 similar cases consolidated in multidistrict litigation. As of October 15, those cases numbered 2,127 and climbing.

The Fresenius lawsuit centers on the alleged failure of Fresenius Medical Care Inc. to alert dialysis clinics outside its own cadre of branded Fresenius clinics of potential Alkali Dosing Errors inherent with its dialysis products GranuFlo and NaturaLyte. Fresenius is in the unique positon of manufacturing the two products that it uses in Fresenius-branded clinics, as well as competing clinics such as DaVita.

The problem is rooted in apparent errors, or confusion in the product labeling that could foster incorrect levels of bicarbonate in the bloodstream during dialysis that could, in turn, produce a GranuFlo heart attack or any number of other side effects. For some patients, the errors proved deadly. And because competing clinics were exposed to the potential problems with what eventually became a GranuFlo recall, DaVita heart attack was also an issue for some patients.

The recall of a product, or its label, is not new. However, what appears to set this case apart are the actions of Fresenius in the fall of 2011. To that end, a focus will be on deaths or injury that may have occurred either before or after November 4, 2011.

That’s the day when Fresenius issued an internal memo to health care professionals in its own facilities urging caution when using GranuFlo and NaturaLyte, and to carefully monitor bicarbonate levels. Fresenius, however, for reasons and positions understood only to them, decided against notifying other dialysis operators using GranuFlo and NaturaLyte. Thus, those facilities - and their patients - were in the dark with regard to the cautions, with dialysis patients at alleged risk for potentially serious health issues.

Fresenius eventually did issue a more widespread Fresenius Medical Care recall in March 2012 - four months after notifying its own clinics - but not before the internal Fresenius memo was leaked to the US Food and Drug Administration (FDA), which in turn launched its own investigation and subsequent Class I recall of GranuFlo and NaturaLyte in June of that year.

Plaintiffs charge Fresenius with failure to notify, and withholding important medical information vital to the health and safety of dialysis patients.

More GRANUFLO RECALL News
Even the state of Louisiana is getting into the fray, filing a lawsuit this past June against Fresenius (The State of Louisiana vs. Fresenius Medical Care, Case No. 631586, 19th Judicial District Court, Parish of East Baton Rouge). The latter operates nearly 100 clinics in the state. The state further charges Fresenius of fraud against Louisiana’s Medicaid program by failing to disclose the risk of GranuFlo heart attack inherent with the Alkali Dosing Errors.

There were some 1,500 non-Fresenius dialysis clinics that did not receive information about potential Alkali Dosing Errors, when Fresenius issued its initial internal memo on November 4, 2011. By the time other facilities were notified four months later, it may have been too late for some patients.

If you or a loved one have suffered losses in this case, please click the link below and your complaint will be sent to a defective products lawyer who may evaluate your Granuflo Recall claim at no cost or obligation.
Request Legal Help Now

Posted by
Donna wiles
on November 21, 2016
My son passed away 27 or 28 hours after dialas so the lawyer said it has t to be 24 hours after treament so they said i will only 1,500 dollars cause he passed 2 hours after the 24 hour time limimet is this fair they seem to think my son s life meant what can i do the lawyer has had the case for 6 yrs upset mon
Posted by
Torrianna Baxter
on March 22, 2016
Me and my family are also part of this lawsuit. My father suffered several strokes,, SEVERAL! Each after treatment. He finally lost his fight with this torture drug on August 25,2011. Good keep and show mercy to all the family's effected by this murder!! I call it that, cause that's exactly what it is! I miss my father so much, words will never explain.
Posted by
Audrey King
on March 14, 2016
My mother died on October 23 2011. She complained the liquid burned her and refused dialysis. How can I file 38th class action.
Posted by
Daphne Lawton
on February 1, 2016
My husband died of cardiac arrest in the late afternoon following a dialysis treatment that afternoon. He died in a hospital, but the hospital doesn't have its own dialysis team and used an offsite company. There are both Fresenius and DaVita centers in the neighborhood of the hospital where he died.
Posted by
Joy.C
on January 26, 2016
My fiancé passed away in May of 2008 from this horrible drug. He was only 33 years old. Our daughter has had to grow up missing and wanting her father everyday. They need to be held accountable!!!! They new for years and the patients and family did not know of any of this. How dare you not to inform us of something that was killing our loved ones!!!
Posted by
E Meehan
on January 20, 2016
my husbands family has a kidney disease for which dialysis became necessary for him. Other members of his family also had dialysis. Several had kidney transplants and survived as they were eligible early. My husband suffered terribly, so terribly.
He told the attendants that he wasn't doing well. The last year of his life he had to wait for long time after each treatment because his blood pressure was too low and he could not leave the center. Yet they continue without discovering why. He suffered A fib first, then a stroke, then he passed away within hours of his treatment as my daughter was helping him walk into the bedroom. He died as he laid down on our bed. Something was terribly wrong and not only did the center ignore his complaints, they did not investigate any further than their fingertips. A lady died in her treatment bed, had a heart attack while on a treatment.
Posted by
Laurie Pimental
on May 6, 2015
Dialysis is not obsolete...it is saving lives where kidney transplants can not take place due to rejection or failing health.

I am part of the lawsuit on behalf of my mother who had cardiac arrest at a Fresenius clinic and died on her way to the hospital which was only less than a mile away.

Dialysis is needed but the people in charge need to be accountable for their mistakes. When you are dealing with peoples lives you need to be held at a higher level.

We are all human and make mistakes but when you do not follow through and correct those mistakes in a timely manner so no one gets hurt then you SHOULD be held accountable!!

Posted by
Adam Domino
on March 11, 2015
It is unethical and inhumane to allow continued production and the administering of a deadly drug to patients, when your position is to produce life saving medicine. This company murdered who knows how many loved ones. The entire company and all its child companies should be summarily shut down and its assets should be liquidated and its funds equally divided amongst the victims.
Posted by
David W Moskowitz MD MA(Oxon.) FACP
on November 2, 2014
There is a much larger class-action lawsuit brewing. Dialysis itself is mostly obsolete and unnecessary, as I published how to prevent 90% of kidney failure in 2002. Details are at www.genomed.com. Click on "Contact Us" if interested in more details, such as why the global healthcare system has continued such an obsolete but lucrative practice as kidney dialysis.