The U.S. Labor Department has announced that it is investigating so-called "hidden" fees and expenses assessed on many Fortune-1000 companies' 401(k) plans. The Labor Department's Employee Benefits Security Administration seeks to improve the disclosure of these charges.

This announcement comes on the heels of intense Congressional hearings, which have proposed federal legislation to make [Fortune-1000] and other companies' 401(k) fees clearer and easier to understand. Currently, there are no specific laws requiring that companies disclose comprehensive information on their fee structures. 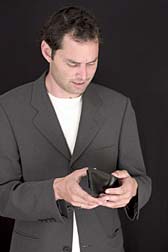 "Many billions more should be available for health care and prescription drugs, home repairs and basic living necessities. Instead, these sums line the pockets of others," Matthew Hutcheson, an independent pension expert, testified at a recent hearing.

Crunching the Numbers
It is estimated that nearly 50 million U.S. employees and retirees have almost $3 trillion invested in 401(k) and other plans, many with Fortune-1000 companies. But approximately 80 percent of investors do not know what they are paying in fees, according to a November Congressional report.

Depending upon an individual's plan, tens of thousands of dollars may be hanging in the balance. And if the individual is already retired, there may have already been significant financial losses as a result of fees.

Current Disclosure Laws: Lax
According to the US Government Accountability Office (GAO), financial service providers to Fortune-1000 companies have taken advantage of lax disclosure rules in order to charge high fees that are often hidden within the fine print. The GAO reports: "The information on fees that 401(k) plan sponsors are required by law to disclose is limited and does not provide for an easy comparison among investment options."

The GAO also reports that some companies engage in "revenue sharing", using undisclosed arrangements that: "may steer plan sponsors toward investment products or services that may not be in the best interest of participants and may cause them to pay higher fees." According to a recent expose in Kiplinger's: "Some forms of revenue sharing bear an unsettling similarity to kickbacks."

The GAO has advised Congress to amend federal pension law to require that companies providing 401(k) services to Fortune-1000 and other companies disclose fee information. As well, they are calling for legislation requiring transparency about "revenue sharing" activities.

Congressional Debate
Rep. George Miller (D-Cal), chairman of the House Education and Labor Committee, said at a recent hearing: "We have to ask whether all these fees are necessary and we have to examine whether they are undermining workers' retirement security. There's a lot of people who are putting their hands into that money (401k plans)."

On the other side of the issue are lobbying groups for 401(k) providers and Fortune-1000 companies. Robert G. Chambers, Chair of the American Benefits Council, said: "Congress should be careful not to address the fee issue in such a way that would impose undue costs on employers and ... inadvertently increase fees." Some House Republicans agree. Rep. Howard McKeon (R-Cal), argued that legislation could have unintended consequences, overwhelming providers with reporting requirements and "overload[ing] workers with information," McKeon said.

Review Your Plan
If you're like most investors, you may be thinking that it's time to take another look at your 401(k) plan. To help sort it all out, it is suggested that you meet with an independent adviser to interpret the fine print.

Whether you are currently working or retired, if you feel that you may have been unfairly charged, discuss your concerns with a legal professional as soon as possible. You may be entitled to compensation.

If you or a loved one participated in one of the Fortune 1000 company's 401(k) plan, please contact a lawyer involved in a possible [Fortune 1000 Companies 401k Lawsuit] who will review your case at no cost or obligation.
Request Legal Help Now