An investigative report by Kiplinger's magazine has shed light on "the dark side of 401(k) fees" by some Fortune 1000 companies.

Kiplinger'shas identified "questionable business practices and conflicts of interest" associated with certain policies and fees. As well, experts have suggested that fees are being in essence "hidden" within often nearly incomprehensible 401(k) planning documents. 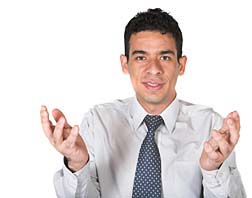 "Stealth Fees"
Kiplinger's reports that numerous Fortune 1000 companies have fee policies that are virtually incomprehensible to the average person. The article found that four out of five 401(k) investors aren't even aware of the rates they pay to participate into their company's plans. In fact, few employers understand 401(k) costs either.

According to a government report from November 2006, even many regulators are flummoxed by Fortune 1000 companies' complicated 401(k) fee structures, and may not have access to all the information needed to evaluate the fees.

According to one financial planner who wished to remain anonymous: "Very few people can understand these documents. I think of [401(k) fees] as 'stealth fees'. If employees and employers truly understood what they were paying, they would demand reform."

Revenue Sharing: A Kickback Scheme?
At the center of the storm is the industry practice of "revenue sharing," where an investment company shares some of what it earns with plan administrators. Kiplinger's reports that: "embedded in some of those fees are questionable business practices and conflicts of interest that can seriously hurt 401(k) participants".

The article states that: "Some forms of revenue sharing bear an unsettling similarity to kickbacks" and notes that the United States Securities and Exchange Commission, a regulating body, has flagged this concern on numerous occasions in the last several years.

Numerous lawsuits have been filed in federal court against Fortune-1000 companies by plan participants, addressing the issue of revenue sharing as well as other hidden 401(k) fees. Companies facing class-action lawsuits include giants such as Boeing, Lockheed Martin, and International Paper.

In response to 401(k) investor concerns, the U.S. Department of Labour has launched an anti-fraud campaign. Among other findings, it has discovered that some employers have held onto employee contributions for too long, or even used the money to benefit their own corporate interests.

Crunching the Numbers
At a hearing last year before the U.S. House Education and Labour Committee, several retirement consultants came forward and testified that employees are being overcharged billions of dollars in fees annually. According to consultants, the fees are often tucked deeply into the fine print and are not adequately communicated to the plan holders.

One consultant suggested that participants of 401(k) plans often face at least seven hidden charges relating to brokerage fees and trading costs. As well, Kiplinger's reports that: "It has been suggested that 401(k) participants have been charged for services they did not even receive".

What You Can Do
The U.S. Department of Labor may soon be cracking down on Fortune-1000 companies with the controversial fee structures. But until new legislation is passed, employees are advised to be on their guard. The following are some recommended actions you can take:

If you or a loved one participated in one of the Fortune 1000 company's 401(k) plan, please contact a [Fortune 1000 Companies 401k Lawyer] who will review your case at no cost or obligation.
Request Legal Help Now