A class action Force-placed insurance lawsuit that has been on the books for some time was recently amended, but is nonetheless going forward and alleges that defendants in the case fraudulently and improperly withdrew Lender insurance premiums from the accounts of mortgagees that grossly exceeded the true costs of the lenders insurance, or so it has been alleged in the amended complaint. 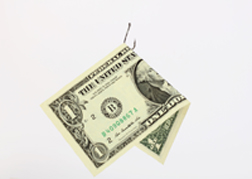 Defendants in the class action are Homeward Residential (known as American Home Mortgage Servicing, Inc. or AHMSI, prior to 2012), the insurer QBE Insurance Corporation, the private equity firm of WL Ross & Co., and various affiliates. Allegations hold that QBE and certain affiliates had issued kickbacks and premium rebates on Force-Place Insurance masked as other transactions to Homeward, effectively lowering the true cost of what is often overpriced insurance.

However, in spite of the alleged kickbacks and premium rebates, Homeward is accused of extracting premiums representing the full cost of the Forced-place insurance from homeowner’s mortgage escrow accounts, and incorporated the allegedly inflated costs into their monthly mortgage payments.

As previously reported, the defendants are accused of concealing the alleged kickbacks and rebates as marketing services, warrants on stock, commissions and brokerage fees for what are alleged to be nonexistent brokerage services, as below:

Forced-placed insurance has been a frustration for both homeowner and regulator alike - not insomuch as the product is a necessary evil when traditional property or hazard insurance is allowed to lapse - but how insurance providers and mortgage underwriters have often cozied up for a mutually beneficial profit and revenue environment at the expense of an often unsuspecting homeowner.

The homeowner having allowed, through either carelessness or financial hardship, hazard insurance on a mortgaged property to lapse can have no quarrel with a mortgage holder placing lender insurance on the property in order to protect the investment from potential loss.

More FORCE-PLACE INSURANCE News
The problem that has driven both state attorneys general and individual homeowners to file Forced-Placed Insurance Lawsuits centers on the tendency for such lender insurance to provide inferior coverage than standard insurance products, at a cost to the homeowner that is often far higher. To that end, a homeowner who has allowed a hazard insurance policy to lapse due to money problems is further stricken financially when the mortgage holder places Force-Place Insurance that is even more expensive than the lapsed policy, with inferior coverage.

The amendment to the forced-placed insurance class action was filed March 8 of this year in US District Court for the Southern District of Florida, and is known as Parker et al v. AHMSI Insurance Agency, Case No. 1:15-cv-23840-JEM.

Posted by
anne rufiange
on April 17, 2016
wells fargo did forced place insurance at an amazing amount for flood insurance. they said in email i think i have that they would remove from escrow entire amount. a very large amount. i laughed cause i dont have escrow acc. so they sent letter i think i have and said they were adding to mortgage pmt and if i didnt pay full amount in the thousands they would charge late fee monthly had to pay all first month. i got it somewhere else but it was when gov shut down so they said i didnt have number of policy quick enought so they took 300