Nestle SA has been sent warning letters from The Food and Drug Administration (FDA) regarding claims the food giant made in marketing its Juicy Juice and Boost children's drinks. The FDA said the products are in violation for language on its label and website that are false or misleading—the drinks have been promoted as a "medical food" without meeting regulatory standards. 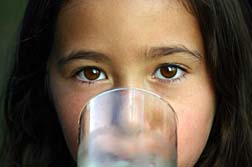 The first letter from the FDA, dated December 3, stated that "medical foods must be for the dietary management of a specific disorder, disease, or condition for which there are distinctive nutritional requirements and must be intended to be used under medical supervision."

More Food and Supplement News
The next day, a second letter criticized Nestle's Juicy Juice Brain Development Fruit Juice Beverage. The FDA said label statements that the product "helps support brain development" and has "no sugar added" violate regulations against nutrient content claims for foods intended for use by infants and children under two years of age. The letter also cites a "naturally lower in sugar" claim in the brand's Web site.

Bloomberg reported that, regarding Boost Kid Essentials Nutritionally Complete Drink, Nestle's wording makes references to use of the beverage for the medical condition of "failure to thrive" and also for "pre/post surgery, injury or trauma, chronic illnesses."

The letters (which Bloomberg reported seem to be dated in October) and now posted on the FDA website, direct Nestlé to take "prompt action" to correct claims for the brands.

READ ABOUT Food and Supplement LAWSUITS