Several food supplements lawsuits claiming deceptive marketing and labelling have been filed against Jessica Alba’s Honest Company, arguing its products are "falsely" labeled as natural and plant-based. But what does “natural” mean? “From a liability standpoint, I don’t see the merit in these false advertising suits when there is no agreed upon definition of natural in the first place,” says attorney Ann Marie Mortimer, partner at Hunton & Williams law firm. 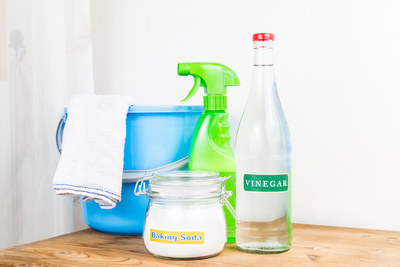 Earlier this year a class action suit filed by Brad and Manon Buonasera claim that Honest Company calls its products natural when in fact they contain synthetic and toxic elements. The lawsuit states that Honest admits as much, but on the other hand Honest's ingredients are "legal" for use in personal and household products. (The case is Buonasera et al. v. The Honest Co. Inc., case number 7:16-cv-01125, in the U.S. District Court for the Southern District of New York.)

Mortimer points out that everyone is in a quandary because the FDA has not clearly defined ‘natural’ and the FDA has not yet released regulatory guidance on the allowable use of the term ‘natural’ in cosmetics. Honest and cases like it underscore the need for regulatory guidance regarding consistency in terms that would benefit everyone—both manufacturers and consumers. “I don’t think there is an intention from businesses such as Honest to mislead,” Mortimer says. “A consensus definition grounded in regulatory guidance would provide consistency and predictability about the meaning of natural as used in cosmetic products.”

Wouldn’t life be easier if we all speak the same language and have the same expectations regarding this issue? Can we all get on the same page if and when the FDA make clear definitions of ‘natural’ in food and other products? Mortimer is optimistic that the agency will react to consumer and industry pressure and requests for guidance.

The muddling of the word ‘natural’ has created a gray area, which has led to a tsunami of false advertising lawsuits, particularly in the Northern District of California (known as the “food court”), which is a nod to the proliferation of deceptive labelling and consumer fraud lawsuits. But the merits of these cases vary greatly. “California’s consumer protection laws lend themselves to broad and sweeping claims and, combined with increased consumer activism and scrutiny, creates a fertile growth area for lawsuits such as those fired at Honesty Company,” explains Mortimer. “The definition of the terms for ‘natural’ shouldn’t be a patchwork quilt of judicial decisions. Many cases request regulatory action by the agency to define natural. And if the FDA provides clear guidance, confusion on this issue would be eliminated.”

There is no uniform agreement on what many terms mean, such as the word ‘organic’. “The Legal Standard means there has to be consensus on a definition, but in the absence of agreement regarding what natural means, it is hard to understand how you can attach legal liability for failure to satisfy individuals,” Mortimer adds.

More FOOD SUPPLEMENTS News
The bottom line: without consistency or predictability how can consumers rely on the FDA to mean anything? How can manufacturers and companies like Jessica Alba’s Honest Co. be held liable for a term they never intended to convey? The FDA has to revise the Federal Food, Drug, and Cosmetic Act sooner than later. If not, there will likely be more lawsuits making allegations about natural and organic ingredients.

If you or a loved one have suffered losses in this case, please click the link below and your complaint will be sent to a diet and health supplements lawyer who may evaluate your food suppliments claim at no cost or obligation.
Request Legal Help Now