Kathleen Dixon bought an insurance policy with UnumProvident and later had an accident at work which left her permanently disabled. No matter how many medical records she sent to the insurance company stating she could never work again, Kathleen never got a dime. 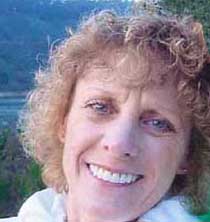 I fell at work in 1993 and had really bad back pain but I continued to work until August 1994. At the time I didn't have any x-rays, but I finally ended up going to a neurosurgeon and had three herniated discs in my back. After 18 months of pain I had surgery - my neck was fused and I was off work for four months. I used up all my vacation time and sick days so I would have enough money to live on. Then I attempted to go back to work but I only lasted a few months and part time at that. I had to undergo another surgery in 1995 and never returned to work.

My social security disability started June 1995 and I had my $5,000 UnumProvident insurance policy which was supposed to pay $80 per month for five years. When social security told me I was unemployable I applied to the insurer. They refused me right away and said I may be disabled but I could feasibly return to work in a few years, therefore I was not considered permanently disabled.

I applied for my benefits every year until 1998. Finally I just gave up; I guess this is their intention. It was obvious they weren't going to pay me a penny. I bought this policy and I haven't worked in 11 years. I am broke and could sure use the money - I had to file bankruptcy in December, 1999.

More News
As far as I am concerned, they just took my money and ran. No matter how many medical records I sent, stating I could never work again, they made up another excuse. They said that 'I don't meet the requirements set out in our guidelines'. And in another letter, said that I don't meet their 'criteria'. Well, what does? I was in a hospital bed! How do they set their guidelines?

It is really bad here. In 2004, 'The Terminator' signed a senate bill - SB899 - that denied the future medical benefits award to injured workers. On April 19, 2004 I was sent a letter saying that I didn't even have a doctor anymore, and I have to go for another operation soon.

UnumProvident seems to be lying to a lot of people. I sure feel sorry for people who purchased larger insurance policies. "

If you have had a long term disability claim denied, or if your claim was granted and then later terminated, you may qualify for compensation, even if the statute of limitations has expired. Please fill out a [denied disability claim complaint form] and a lawyer will evaluate your case for free.
Request Legal Help Now