On August 7, 2017, a federal judge in Arizona denied a long term disability plaintiff’s motion for partial summary judgment based, roughly speaking, on the sheer worthlessness of his LTD ride, according to Lexis Legal News. The decision is more bad news for Unum lawsuit plaintiffs, who have long struggled with similar issues. 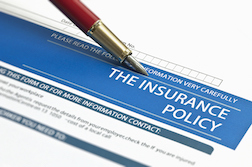 The facts of Dr. McClure’s suit against Countrywide are fairly complicated, but the dispute centers on a supplemental social insurance rider (SIR) and whether contractual language offsetting benefits by Social Security Disability Insurance (SSDI) payments was enforceable. The District Court upheld the offset, which left McClure with no SIR payments after his SSDI began.

So what exactly did Dr. McClure get for the premiums he paid for his SIR? A little bit of bridge financing perhaps, but nothing long term. That’s a hard blow for a man with a traumatic brain injury.

The court reached this result through a straight contract analysis:
• The offset language clearly existed in the SIR contract;
• It was neither ambiguous, nor written in a manner incomprehensible to a reasonable consumer;
• Dr. McClure offered no evidence of other activity leading him to believe that he had coverage after his SSDI payments began.

Unum disability insurance, like many LTD policies, is specifically marketed to professionals, like Dr. McClure, who must climb a steep hill to argue that they did not read or understand the policy.

More UNUM News
The lawyers engaged by insurance companies, including Unum insurance and Countrywide, are top-notch at drafting contracts. And most judges, who have also practiced law, can follow a contract argument without breaking a sweat.

The harder question is whether these kinds of provisions in LTD policies should be void as a matter of public policy. Dr. McClure tried this argument without success.

Where is the remedy, then?

In Arizona and other states where strong legal precedent exists to support looking at LTD policies just like other contracts, the solution probably lies with the state legislature. In other jurisdictions, the public policy argument may fare better. In the meantime, however, an insured’s best defense is to read the policy to understand its limitations.

Posted by
Shawn Mulvehill
on February 13, 2020
Isn't it illegal to give a claimant incorrect policies? Hartford also changed policy dates on their Certificate of Insurance and now are saying you can't go back more than 3 years because they changed their policy 20 years after I've been collecting on a policy from ITT Hartford that got bought away the Hartford what can I do
Posted by
Danielle Proctor
on December 15, 2017
I would not get any insurance through this company.. They will continually ask for the same documents over and over again for months CLAIMING to never receive them.. And using that as the excuse to deny paying benefits that we paid for through our employer..
Posted by
Colleen Rose
on October 21, 2017
if I sign a contract that has a clause that does not seem fair i think i should be able to receive some sort of redress...i paid a monthly LTD premium and finally was approved...i also paid my taxes every paycheck for decades...what right does The Standard have to take my money which of course helps their bottom line and makes the entire scenario seem like a scam...are there any other cases where the client has won the case?
Posted by
Annette Pengal
on October 13, 2017
I was injured on the job in Aug 2011. Since then I’ve had 2 Reconstructive Surgeries on my right foot, ankle, ligaments, and tendons. This caused a Severe Depressive Disorder with Anxiety and Panic attacks. I have been diagnosed Permanently Disabled, and I am on SSDI. I also have Osteoporosis, Severe Scoliosis, and Severe back pain, along with Severe Sciatica Issues. I’m recovering from a back surgery and I’m supposed to get another back surgery. I am also recovering from knee surgery which I’ve been told it’s inevitable to have a knee replacement. I also have Severe Bursitis in Both hips and groins. Unum has let me know that “their Drs have deemed me able to work a sedentary job. I cannot stand or sit for a decent amount of time. Only laying down helps as I am in Pain Mgmt. Being on Controlled Pain Medications. Along with Depession medications. Their last payment due to me is today, October 12, 2017. Per my previous attorneys I was supposed to be paid a payment minus my SSDI, until I turned 65. I am 60 years old. I cannot function normally not do I have any type of activities or life style. I Live in pain 24/7 and I have been Wrongfully discharged from Unum. I Need a Great Attorney to represent me in fighting Unum. Please Help.
Posted by
Karen cooper
on August 21, 2017
Unum is taking out kids ssdi my kids are 21 and 19 no longer receive but Unum won't change it