Disability Claimants: Unum May Be Watching, Listening or Hacking

It is common knowledge that Unum, or Unum Provident is known for its bad faith tactics. Lesser known is that some policyholders, including an attorney who was denied Unum disability benefits, have accused the giant Insurance Company of Invasion of Privacy. If you are getting Unum disability benefits, be careful who you talk to and what you say, including e-mail conversations. 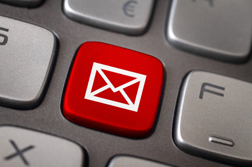 Back in 2002, attorney Terri Truitt received disability benefits from Unum, which administered ERISA plan benefits, after complaining that she was unable to continue practicing law due to an injury. But Truitt got caught when a man she says was seeking revenge hacked into her e-mail account from 2005 through 2007. The man provided Unum with about 600 pages of e-mails that showed Truitt traveled abroad extensively, that she was still practicing law and had undertaken many strenuous physical activities.

Of course Truitt appealed, and a federal district judge found that Unum had acted unfairly by using information from an unreliable source. He had more than a grudge: the man claimed that Truitt had him “locked up.” Truitt had her benefits reinstated, the fraud claim was thrown out and she was awarded her attorney fees. But Unum wasn’t going to take that lying down.

The 5th U.S. Circuit Court of Appeals upheld Unum’s claim that Truitt was not disabled and that Unum should not be faulted for its failure to consider the source of the information - the U.S. District Court had previously reinstated her benefits after finding Unum had engaged in procedural unreasonableness by relying on untrustworthy evidence. Bottom line: In September 2013, the court ruled that Unum’s decision to cut off disability benefits to Truitt should stand even though the e-mails were provided by a man who pled guilty to assaulting her.

More UNUM News
Disability insurers also have the right to conduct surveillance to use as visual evidence when “inconsistency of report” is required to potentially deny a claimant. Linda Nee, a former UnumProvident (now Unum) claims specialist, explains that disabled policyholders receive benefits based on a “condition” of contract and there is no expectation of privacy protection from surveillance. And to her knowledge, the courts have upheld the right of an insurer to conduct surveillance in order to fully investigate the credibility of claims presented for payment. Nee says that surveillance referrals were typically the result of a tip-off from “an employer, a neighbor, a friend, or a relative who informed me the claimant was not being honest and was engaging in physical activity well beyond his claimed levels.”

She recalls receiving a phone call from an employer who reported his employee - collecting Unum long-term disability benefits due to a back injury - was spied by co-workers loading several cases of root beer into the trunk of a car.

You never know who is watching, listening or even hacking!