Even though Unum Provident promised to clean up its bad faith practices act a few years ago and reassess about 200,000 denied disability claims (ordered by the Department of Labor), it apparently still employs tactics to deny policy holders. For some people, Unum's tag line, "We can protect your income and help to preserve the lifestyle of you and your dependants," couldn't be further from the truth. 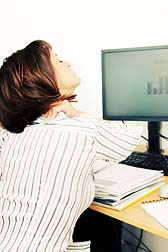 Pauline (not her real name pending a lawsuit) paid into an Unum Provident policy for about 15 years. She suffered a back injury at work—Pauline is a nurse. "I had surgery and went back to work but three months later I re-injured it and had two more surgeries," Pauline says. "Now I have permanent restrictions that will not allow me to return to a similar-paying job." Unum told Pauline that her 'grace period' is over and because of the 'gainful employment' wording in her policy, she is not entitled to benefits. "Unum said they are done with me," she adds.

Pauline suffers continually from back and leg pain and her doctor has said she cannot return to work. What grounds does Unum have to deny Pauline? Her policy clearly states that she is covered for long term disability until she reaches 65. Pauline is only 43 years old; Unum likely doesn't want to cough up disability benefits for the next 22 years…

Jim's claim was approved and he received long term disability payments (LTD) through Unum Provident for 12 months. A few months ago, instead of a check, Jim received a letter from Unum informing him that his coverage was terminated. "Their reasoning was that a mental or psychological claim was only covered for one year," says Jim, "but when I signed up for this policy through work, my employer told us that if we became disabled, we were covered until we reached 65, if our doctor said we couldn't return to work." Unum ignored Jim's doctor's diagnosis—he suffers from post-traumatic shock combined with severe anxiety and bipolar disorder. Clearly, Jim is unable to work. Now he has no income and is waiting to for social security benefits approval.

More UNUM News
Christopher (not his real name) also suffered a back injury in 2003. In 2004 he received long term disability payments from Unum and at the same time, his company laid him off --a common occurrence in this economic climate. " In July 2004 my condition improved so much that I found another job," says Christopher. " I started working in August against my physician's advice and I informed Unum so my payments were stopped.

Their bad faith practices--punishing the honest (I voluntarily tried to work again and could have collected benefits longer otherwise)--is reprehensible. Unum's policy is one-sided and takes unjust advantage of their customers, all for their profits. I hope anyone who reads this and is considering a long term disability policy will steer clear of Unum—this insurance company just leaves their policy holders high and dry."