Unum’s Suspension of Benefits and Outsourcing

If you receive disability benefits from the health insurance provider Unum , you might want to seek legal advice if and when they send you a “Suspension of Benefits” letter: it is likely another bad faith tactic to deny your benefits altogether. 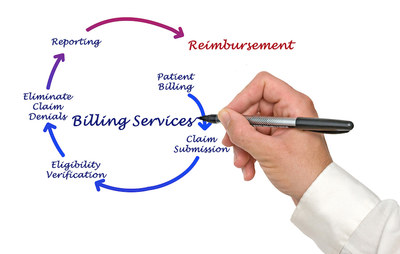 Technically, there are two things a disability policy can do—pay or deny. But Unum now has a third option that pretty much puts you in limbo.

Suspension of Benefits
If you don’t do what Unum wants and when it wants, you might fall into this category. And you may not get your disability benefits restored. Because Unum has no contractual provision, it can suspend your benefits forever. On the other hand, if this option isn’t in your policy they cannot legally do that because it denies the insured of their rights.

Linda Nee, a Licensed Disability Claims Consultant and former Unum claims specialist, referred her client to an attorney after he received the “suspension of benefits” letter. “The attorney argued that this tactic by Unum is in violation of ERISA after 30 days and denying an Unum policy holder appeal rights,” says Nee, who believes this is yet another strategy to deny benefits. “My client’s benefits were restored, but only because he got legal help.”

Nee has another client still “on the hook”, which begs the question: how many Unum policy holders collecting disability benefits have been suspended? “Unum regularly schedules appointments with their independent medical examiners but my client requested that Unum reschedule,” Nee explains. “Unum suspended his benefits from the time he requested another appointment until the time that he showed up. This is a punitive measure, another tactic of denial.”

Outsourcing
It’s no secret that Unum is outsourcing much of their administrative work to a company called Lucens Group. Nee says this company handles social security requests and they could also be handling settlements. Unum recently underwent two rounds of firings, including VPs in claims. Is Unum downsizing—outsourcing and firing their executives-- because they are cash poor? Nee says that Unum executives have “golden parachutes” so if anything happens they will get their money. As a former high-ranking employee of Unum, Nee knows from personal experience that executives can exercise their stock options, which they are awarded on a yearly basis.

As for people handling claims at Lucens, they don’t have to be experts. Unum simply gets Lucens staff to request a file and they do all the administrative work. With the exception of settlements (according to Nee, that might be next up), Lucens has qualified people to do that work.

Outsourcing isn’t new to Unum. In the mid 1990s they outsourced to India the IT department and their entire data center. And they decreased the number of employees in favor of outsourcing to other companies. Nee has inside information: she knows Unum employees who are still working and call her with information. “Within the past six months they started another round of firing IT employees,” she says, “and they are terminated for poor performance.”

Poor performance could mean just about anything. Nee’s “insiders” tell her that employees are given a phone and if they exceed the data plan or use the phone for personal use, that counts as poor performance. Or an employee is given an unreasonable workload and cannot possibly meet their goals.

More UNUM News
“If [an Unum employee] goes out on short term disability, Unum will fire you,” adds Nee. “My friend had a heart attack and he was fired. The word is out that in the last year or so, management doesn’t even let workers take a bathroom break. It’s more like working on a manufacturing assembly line.”

In the not-too-distant past, Unum has barely escaped class action lawsuits based on gender and sex discrimination. Nee says that, If you’re over 50 years old and female, start clearing out your desk. Sounds like Unum is due for wrongful termination lawsuits. And wrongful disability denials.

Linda Nee is a licensed disability claims consultant with her company, Disability Claims Solutions, Inc. As a former claims specialist with Unum, her experience is a valuable asset in providing consulting services to those who file claims. And those people whose claims have been denied.

Posted by
Jan Smit
on September 25, 2018
Please help me with UNUM and Lucens form I just received for information.
Posted by
Michael Wright
on January 9, 2018
My case at Unum is about to be outsourced to Lucens and I need advice. I want to object, but I am afraid to verbalize any concerns.
Posted by
Netoshia Tolbert
on July 20, 2017
When my husband disability came through from social security we was told we owed unum 140,000 in payment and discontinued his benefits / he is not 65 yrs old
Posted by
Patricia Stowell
on June 20, 2017
I receive long term disability from unum. I was told that if n when I received social security disability that I would still receive 10% from unum. Today I get a call n am told that when I get my back pay from social security that I will need to pay them back. My question is this never came up n was told that I would still receive 10% after obtaining social security disability so why do I need to pay back money if there still giving me 10% on top? Please someone give me an answer
Posted by
Lannie Arrington
on June 18, 2017
I am a leave of absence now where my claim was closed because my doctor had not sent information before receiving my test back. When I asked the specialist why my claim was closed, she stated this keeps reminding her and my doctor had not responded so she closed it. Then she reopened it after I asked the Call Center rep. The same question and received another explanation why it was closed. My doctor provided all the information available and requested I be ff from work until 06/30/17. Although I was scheduled for a procedure on 06/14/17, they denied it and approved it until 06/14:/17. Now I fighting for my benefits past 06/14/17 and the specialist will not respond. I wrote a letter to the UNUM Appeal Department over 3 weeks ago and they did not respond.
Posted by
Elizabeth Wilhelmsen
on June 16, 2017
Today, after having received a modest benefit of $200 per month from UNUM plus a once yearly additional $2000 (approximately) for disability due to Huntington's Disease for the past ten or so years, I received a letter suddenly informing me that, as of this coming October, I shall receive no more benefits since my policy supposedly will have been fulfilled at that date.

I have never heard of or been informed of any stipulation from this company about a terminal amount or date after which the policy is null.