Drones and hidden cameras, phone calls from strangers secretly taping the conversation, men in black talking to your neighbors - it’s all part of Unum, or Unum Provident surveillance. Sure, it’s an invasion of privacy. It’s also a common disability denial tactic and often one of Unum’s bad faith practices. 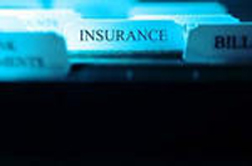 Unum famously blundered its surveillance back in 2002, when Ed Bradley and the news investigation program 60 Minutes exposed the giant insurer’s bad faith practices. Dr Tedesco was a successful eye surgeon until he developed a hand tremor. He filed a Unum disability claim and received benefits for four months before his claim was terminated. The reason: Unum’s private investigator video-taped him playing basketball in his backyard. Turns out, it was his 23-year-old son. Then he was diagnosed with Parkinson’s disease but Unum still didn’t pay.

A Unum claims handler on the show told Bradley that they had to meet certain targets - so many dollars each month - and often had to close claims such as Dr Tedesco’s. Reps would look for claims they could shut down, even though the claims were legitimate. Disabled people had their claims terminated because their Unum rep had financial incentives to close them - they received bonuses. The doctor sued Unum and a Florida jury awarded him $37.7 million in damages. But Unum fought tooth and nail. Finally, and after appeals, it settled with Tedesco for an undisclosed amount.

A car crash left Len completely disabled - he collected long-term disability benefits for five years, until Unum determined that he could go back to work. “On several occasions I noticed a private investigator following me, trying to catch me at something” says Len. “I saw him walking around my house, I saw him sitting in his beat-up car. I hammered on his window, wrote down his license number and went to the police station, telling them this guy was stalking me. The police confirmed that he was a private eye, registered in the state and represented the insurance company - he wasn’t too private.”

The police wouldn’t tell Len that he was being investigated but soon after his confrontation Unum sent the denial letter, along with a request for more medical records. “My doctors sent Unum everything they asked for, but I’m still waiting to hear back,” says Len. Meanwhile Len applied for, and received, social security benefits. He is not anticipating another Unum check.

More UNUM News
Sandy was followed by a private investigator for a few weeks and she saw him almost daily - it’s not like television. Her benefits were terminated a few months later. “The only reason I can think of is that he saw me lifting a box or I didn’t use my walking cane getting out of the car,” she says. “I couldn’t go back to work at the Costco warehouse because my doctor ordered me not to lift more than 5 lbs. I guess the box looked heavy but if it wasn’t that, Unum would find some other way to cut me off.”

Unum’s goal is to document a claimant “in the act” of performing tasks that may be misrepresented as activities that could justify their ability to work, so they can justify a claim denial. Often the claimant won’t be told how or why they were “caught”. You never know when someone - or something - could be watching. So if you’re getting disability benefits, resist the urge to partake in, say, basketball...

Posted by
Christine MacKenzie
on August 14, 2016
I am a nurse who went out of work on std when told I needed surgery to remove a pre cancerous legion. I was told by my surgeon that I 100% would be fine after the procedure and that it definetly was not cancer but if not removed someday could be.
I took my 6 week leave, and recieved 2-3 weeks of std.
I called my surgeon for a note to return to work, spoke to a nurse, she said sure, I will speak to Dr. And call you back.
I recieved a call back, but not from the nurse, from the surgeon saying it actually was invasive and that I now needed chemo and radiation.
I cont to receive and exhaust my std eventually applying for my LTD benefits. They were denied. Unum stated I had a pre exsisting condition. I hired an attorney who said he could help, tried for a few weeks, then told me that I would probably not be able to receive any Ltd benefits and that Unum now was denying my Ltd and the only thing they would cont to ask for were physiatric information which I had none. The lawyer tryed to press me into taking these benefits on this issue then after to go back after them for the cancer again. I said no because it was not the case and that my benefits also were cut way down if you were to be disabled for mental disorders. The lawyer at that time said well most likely you do not have a case. I thought he stopped working on my case and I still believe he did until about 6 months later when he called me telling me how hard he had been working and wanted me to sign some paperwork for him. I could feel something was not right.
I checked the Unum website and saw that they had sent a check to my attorney and the attorney must have been surprised by this. When I confronted the attorney asking what is this check he said he recieved a letter that they settled making this a mental disorder. I did not understand, nor agree. I was entitled to much more money and my policy for Ltd paid me until I reach 65.
This story is too long. The lawyer eventually just sent me the check which I gratefully used to provide for myself for a short time and meanwhile have cont paying $100/mo for Unum insurance.
I remain disabled, have attempted to return to work and I am unable to. I receive Ssdi which is not enough to live on and am getting nothing further from Unum.
I am so disgusted. I do not know if there is anything I can do now as I do not know what really transpired between Unum and this attorney all I know is that I was taken advantage of in so many ways when so vulnerable and too sick to fight for myself.
It never should have been that difficult to apply for my bennifits to begin with. I still can't work and receive nothing from Unum and as I stated I actually pay them.... How did this happen?