Incredibly, Unum, or Unum Provident still doesn’t recognize that fibromyalgia is a physical disease, not mental. Unum did acknowledge Susan’s disability briefly: she received short-term and long-term disability benefits, but last December, she was abruptly cut off - without so much as a warning. 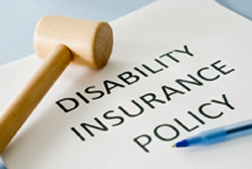 Susan, a schoolteacher, was approved for Social Security benefits, which is precisely what Unum was hoping for. “If Social Security recognizes fibromyalgia as a physical disorder, I can’t understand why Unum is allowed to deny or stop benefits to their policyholders,” says Susan. “According to Unum’s policy, they will pay one year for a mental disability and they are claiming that fibromyalgia is a mental disability. But I have done my research and they are wrong!”

Despite Susan paying into her Unum policy for many years, the Unum Group cut her off with the excuse that she didn’t have enough documentation for her neurosurgeon’s diagnosis of bulging discs in her neck and back - they didn’t even address fibromyalgia in reasons for denial.

Susan has undergone several surgeries for endometriosis and lesions since 1997; by late 2012, she’d had enough. “My body was done with all these surgeries and my doctor deemed me disabled,” she says. “At that time I was seeing so many specialists and my neurosurgeon was giving me a series of injections to treat pain but I wasn’t getting any better. And these specialists said I was able to go back to work, but nobody wanted to look at the ‘whole’ picture. I feel like the specialists don’t want me to be disabled.”

For instance, Susan’s gastroenterologist had no idea how much she was suffering from fibromyalgia and her neurosurgeon figured she could return to work because her bulging discs could be under control - never mind the rest of her body. “I think these specialists said I could return to work because they couldn’t be bothered to fill out the forms and explain why I should stay on disability except for this internist I saw last month,” Susan adds.

Last August Susan’s internist explained that, because she has been on so many medications, her current state of health “is as good as you are going to get” and she won’t be able to teach school again, particularly special education. “Before this fibromyalgia overwhelmed me, I took kids to livestock shows and I even hauled animals there,” Susan says. “At our school they expected you to do little things like that, but I could no longer do anything extracurricular. After a regular day of teaching I would have to come home and take a three-hour nap.”

Interestingly, Susan didn’t see one of Unum’s Independent Medical Examiners. Instead, Unum decided that Susan was fit to return to work, sight unseen. Before she was approved for Social Security benefits, however, Susan was sent to a psychiatrist to determine whether her illness was mental or physical. Of course it was obvious: for instance, Susan has so much nerve damage in her legs from multiple surgeries that she can’t even drive. Her Social Security benefits kicked in immediately.

“I tried to go back to work, I really tried my best,” Susan says. “I probably could go back to work if not for the fibromyalgia. When I got cut off, I phoned my Unum representative. He said. ‘We are done here,’ and dismissed me. I know I cannot fight them by myself - I need a lawyer to help me, to prove that this disease is physical.”

More UNUM News
The vast majority of individuals labeled with fibromyalgia have no physical impairment; they are on a physical basis able to return to work (especially with appropriate care). Generally, continued activity (including work) is of value even in the face of symptoms…In summary, Unum’s contributing physicians proposed getting involved early with the insured’s primary care physicians in order to prevent a disability from being supported. Recommendations were also made in the report for detailed phone interviews, nurse-to-doctor and doc-to-doc calls for the purpose of Unum’s early intervention of a disability due to fibromyalgia. Unum’s general consensus or understanding of the disease, as indicated in the position paper, is that fibromyalgia is NOT a physical disease, is “somatoform” (imagined), and that with a little persuading of the doctors, in most cases the insured could return to work full time.

It’s about time that Unum revised its policy. Last year Tracy Mondolo, who suffers from fibromyalgia, filed a Unum lawsuit with the U.S. District Court for the Central District of California after the company denied her benefits. The federal court took into account Unum’s history of unfairly denying claims and Ms. Mondolo won her case against Unum.

Posted by
Theresa Dannenbring
on May 30, 2014
I have been on long term disability 10 years with Unum and also get SSDI. Now all of a sudden they are reviewing my records and seeing if I fall under their guidelines. Indirectly insinuating they are no longer going to give it to me. Fibromyalgia started when I suffered breast cancer had one round of chemo which put me into septic shock on life support and in a coma not expected to live. My legs were never the same from that point. From what I read Fibromyalgia can start due to trauma or infection and I had both. Over the years my health has suffered and I am not improving, I have meniere's disease and I can't hear and arthritis all over my body now facing knee replacement surgery as I can't hardly walk at times. I am so upset they are doing this to me. I only get it until I am 65 and I am 61 now. Last year they offered me a settlement for half of what my disability would be and I refused it.
Posted by
Heather J
on February 6, 2014
I have gotten a few compounded medications. I get a compounded Lidocaine gel for nerve pain. It helps some. The lidoderm patches help more in most cases, but insurance won't pay for the brand name patches. They just came out with the generic patches (so I've heard) and I've contacted my doctor's office to inquire about them. Waiting to hear back. My insurance co. says they'll cover the generic patches with a pre-approval request from the doc, but the doctor's office is still trying to learn about these patches.

I have compounded diclofenac gel for my arthritis, too. It's helpful but compounded stuff has a short "use-by" date. Also, the gel comes with a risk of possible liver issues, I think. Just because it's not a pill doesn't mean it's harmless!

I had some other compounded medication that had cyclobenzaprine (a muscle relaxant) combined with lidocaine and frankly, I didn't find that helpful at all. Maybe it wasn't a good batch. It can be hit-or-miss and we're all different in how we respond. A compounding pharmacy can turn a lot of different medications into a topical cream. The options are pretty endless... but check into insurance coverage.

Frankly, I got a lot of benefit from trigger point injections. A physiatrist (doctor of physical medicine and rehabilitation) was the doctor that offered me the most treatment options. She's done so much, I just see her instead of a rheumatologist. She also prescribed a TENS unit when nobody else would.

The trigger point injections --- she injects lidocaine directly into the muscles in my upper back. She finds spots that are tender when you press on them because the bands of muscle fibers get all bunched up and spasmed. That's what a "trigger point" is -- a very tight, ropey band of muscle tissue. The lidocaine numbs the pain and the needle itself actually breaks up the knot somewhat. I have arthritis in my neck so I get knots in my upper back a lot but this is a treatment that is also used for fibromyalgia. It's been a blessing to me. I feel so relaxed after the shots because all those muscles that were tensed up just don't hurt. I sleep SO much better right after I get the shots and I usually get about a month of relief if the doc hits the spot right. But the improved sleep is just amazing! Wish I could get the shots more often, but I pay $50 for a specialist visit so I only go when I really need them badly. Other times, I use a percussion massager or the Tens unit and hot showers. I used to get facials at the beauty school because they were less expensive. They are relaxing and they helped ease tension in my neck and upper back.

Posted by
John P
on February 5, 2014
Hey Becky, if you happen to be able to find out what gel it is your family member gets from that pharmacy, I'd appreciate it, it's for my wife who has Fibro... thanks ! I see it's a "compounding pharmacy", so they may be making their own special formula :)
Posted by
Becky J
on February 5, 2014
This is an interesting article, but I'm curious; has anyone here looked into topical pain relief to fight fibro pain? It provides prescription strength pain relief without any pills or side effects. A family member of mine gets topical pain gels through a pharmacy in the midwest, A&R Pharmacy in Liberty, MO, and all he does is apply the gel whenever he's in pain. He has had significant results since going this route and I highly recommend it for anyone struggling with pain and/or pills. I hope this helps!