Jody applied for short-term disability benefits with Unum, her health insurance company, and was approved for three months, with the understanding that long-term benefits would be automatic. Not so with bad faith insurance practices. 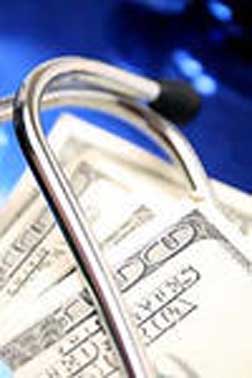 Even though her physician sent her complete medical records and all the documentation requested by the insurer, Unum used a litany of tactics to deny Jody’s short-term claim. And she thinks they are going to use the same tactics with her long-term claim.

“I got my first term disability check in January 2013, and each month they called - checking on me, asking how I was feeling,” says Jody. “My last check was at the end of March, even though I was approved for LTD. Unum has called several times since March, asking when I would be returning to work.”

Jody has her Unum insurance through her employer. They know she cannot return to work. She suffers from, and has been diagnosed with, severe fibromyalgia and chronic fatigue syndrome. On top of that she has the first stages of diabetes.

“Just this week, Unum called for yet another ‘update’ on how I feel, what my day is like, when I can return to work,” says Jody. “I replied to my Unum rep that my day is filled with pain and I am exhausted. And as you can imagine, that can be depressing. I also advised Unum that my doctor does not know when - if ever - I will return to work. Unum asked what I would like to happen. I told them I’d love to have a miracle cure, that I would like to get better, return to work, but I cannot say when or if that will happen. Truthfully, I just don’t know. Unum makes it sound like I wanted to get sick.

“After the runaround I received for short-term disability, I am afraid I am in for more of the same for the long-term benefits. My sister heard of the trouble Unum has given other policyholders and suggested I look up the information online. I was appalled at what I read - and I truly believe Unum is about to treat me the same, only ‘approving’ my claim a month or two at a time, to try to force me back to work. Already, their delays have cost me late fees in bills I had to pay. I am single and have to take care of myself - and yes, their delays have added to my stress. Quite frankly, now I have no medical insurance and I cannot afford to go to the doctor every month, which Unum seems to think I should. I have advised Unum I can no longer do that; instead I will be going to my doctor every three months.

“At this point, I believe I need an attorney. After reading so many horror stories about Unum, I just don’t think I can go through all their little games and tactics month after month.”

More UNUM News
Last month, the number of US workers filing for LTD claims declined for the first time in at least four years, according to Bloomberg News, which attributes that decline to an improving economy and employment picture. But can an improving economy help people like Jody? She has a job to go to, but she is disabled.

Unum Group, Hartford Financial Services Group Inc. and MetLife Inc. are among the largest providers of long-term disability coverage through employers, according to data compiled by General Re, a reinsurer owned by Berkshire Hathaway Inc. Hartford and Prudential Financial Inc., the second-largest U.S. life insurer, have each said they were adding new executives and raising rates after being burned in prior quarters with higher-than-expected claims cost.

Posted by
Petia Chopova
on February 20, 2016
Your stories explain why I have been denied by UNUM for long term disability. I am a cancer patient who got fired from my job during my medical treatment, and of course I had to change my medical insurance, my doctors, etc.. Long story short. I suffer from severe depression, and horrible bone pain, and fatigue. I had a doctor's note from my primary physician who confirmed that I am not ready to back to work yet. After so many months of "investigations" from unum, and calling couple of my new doctors (which I met once), their doctors decided that there are not enough evidences to prove my disability. I got denied, and the person who was carrying my case told me that many people with cancer go back to work six month after their treatments (which is true, everyone is different), and also she recommended me to treat my severe depression by working. She also stated that even if I see a new psychiatrist, it is very hard to prove that this is a preexisting condition, I needed lots of documents from at least five years back proving my condition. On the end she stated that even if I get a lawyer that not gonna help, and unum is not responsible for my financial situation. I also was paying life insurance for many years, and finally when I faced the possibility of needing it, I lost it. The question is, should we pay money to these scammers???
Posted by
Jane
on December 21, 2013
I posted the run around I am getting from UNUM in my previous post. UNUM is asking for current medical carrier and prior medical insurence carrier for the last 5 years to verify pre existing conditions. I am getting a sense of posible deception to deny my claim at the end.
Posted by
Jane
on December 21, 2013
I had a fall a year ago that impacted my work and general well being. I developed fibromiagia and all kinds of concusion/head injury related symptoms from the trauma injury. I have sent all medical records from ER and doctor visits when I was on UNUM STD. The paper work repetitive and frequent. Incase of head injuries the recovery is slow. I didn't even realize the seriousness of the injury for couple of months. The LTD process is supposed to be seemless but the paper work started from scratch.. too many requests to my treating doctors and too many forms to fill. I was subjected to third party investigator interview as part of LTD process which is a humiliating process.
After receiving all the info now I hear back from that I developed too many issues since the fall so they want to check my health records before I was enrolled in UNUM plan!!
I did not go for legal representation because I believed in the system. The issues I developed are clearly related to the two falls that caused head trauma, cognitive impairment and fibromialgia.

It is shame that the red tape is only adding anxiety to the sufferer. The system should help the healing process but as of now it feels like a constant battle to fight for support. I get very little to no support from my employer. They think that I should deal with UNUM on my own.

Posted by
Jelli
on August 14, 2013
I would try Linda Nee first as she has much experience in dealing with the bad faith tactics of UNUM and others. She will refer you on to a lawyer if it goes beyond what she can do. UNUM needs to be busted on a federal level. One person that was sent for an IME noted that the IME doctor had all of his (patient) physicians names. That is not an IME is it? Also noted was the fact that UNUM gave the IME doctor the wrong information ON PURPOSE.

UNUM uses HUB, G4S, Intelliscript, and more to find one little thing so that they can deny your claim. Their latest tactic is making up people on the internet that they claim to be the patient. UNUM will check your children's facebook pages and more. They need to be on 60 minutes again. Get protection if your deal with these creeps.

Posted by
Matt Johnson
on July 31, 2013
Please follow these guidelines when dealing with UNUM and their representatives.
1. Nothing verbal. Everything goes in print or you refuse to communicate with them. Dp not deviate.
2. Log everything. Dates, times, names of representatives, what was discussed. Give them nothing unless absolutely needed.
3. Never accept "no" for an answer. Like my dad use to say- start at the top and work your way up.
4. This should be #1- GO GET AN ATTORNEY! They have theirs and use them against you. At least make the playing field level because the fight you are about to enter is going to get UGLY.

Posted by
m Angelica
on July 13, 2013
No claimant of any disability company is required to speak with a claims rep on the phone. All requests for information should be asked for in writing only. Send your company a fax or letter stating that you will be happy to provide them with the info they are asking for but you will only reply in writing. I have Linda Née as my consultant. She is mentioned many times on this blog so Lawyers and Settlements knows that what I am stating is true. These insurance companies try to trick sick claimants who could be on many medications which could cause confusion should never speak with any insurance company rep. Everything in writing only and I am sure that Lawyers and Settlements will agree with me and post this comment so that all claimants can be protected from the bad faith tactics used to deny legitimate claims. Best wishes, Mary Angelica