Jane says she was diagnosed with severe depression in 2006 and she filed a claim with Unum, her health insurer. "Unum paid me long term disability benefits for just over two years then they cut me off without warning," Jane says. "The just called one day and left a message saying I was no longer covered by First Unum. 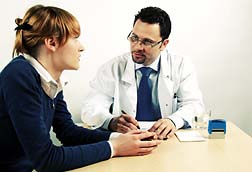 "It was the most stressful time of my life," Jane adds. "When I was working, my affairs were in order and my credit was very good, I never missed paying a bill and that was important to me; I had money saved in an emergency fund (6 months of pay). Once Unum cut me off, they gave me several opportunities to submit additional information, short of filing an appeal. They led me to believe that I didn't need to appeal (that would take 90 days). So I spent several months submitting additional information such as more doctors' reports.

No matter what doctors I had, Unum's internal doctors—their so-called independent medical examiners that I never saw determined that my doctors' information was not valid.

After I have been collecting long term disability (LTD) for about 8 months my doctor said I couldn't return to my job as supervisor, so I returned to a lesser position with less pay. I didn't know that meant Unum still had to pay me benefits—apparently my salary had to be topped up to equal my previous salary. I had to go through so much to understand my coverage—I urge people to request a copy of their policy and read it before signing. Unum didn't give me a copy. I eventually got a copy and had my benefits reinstated, but not for long.

I had a work-related car accident and Unum demanded all the accident reports. I asked the Unum representative to email or mail a letter stating why she wanted all this information. She didn't want me to know that I was additionally covered outside of my depression. 'If you don't tell me all the information right now on this phone call, your benefits will be delayed,' she said. She stuck to her words."

More UNUM News
Jane hired an attorney to help her appeal but Unum turned it down, again. Now he has filed a lawsuit against Unum and she is waiting for her day in court. In the meantime, Jane says she has run out of her savings (medical expenses totaled about $13,000) and she had to move in with a family she knows through her church. "I don't even have money for food or gas unless someone gives me money," she adds. "My health insurance costs me $430 per month. I cannot believe that this company continues to do business, after the record they have and after that episode on 60 minutes exposing how they cheated sick people. It is inhumane. My lawyer has helped me apply for social security benefits but here in Georgia we have the largest backlog in the nation and it is not unusual to wait two years. Thank God I can rely on the kindness of others, for now…"