Never mind your physician's diagnosis and when you can return to work. First Unum (formerly Unum Provident) has their own team of doctors to determine if you qualify for disability. And according to one policy holder, the insurance company also has employment counselors who decide which career you are better suited to—should you become disabled and unable to work in your present job.

But they won't support you in making a career change. 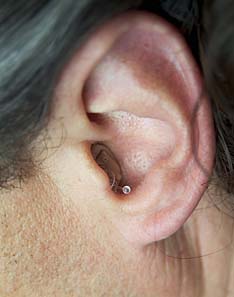 In other words, Unum has yet another loophole to deny what is rightfully yours—disability benefits. Through her employer, Rita D. had her medical insurance policy with Unum. She suffered a loss of hearing and found it impossible to work as a lab researcher: Rita filed for disability and Unum started to pay her short term disability benefits, which kicked into long term after three months. But one year later, she was cut off.

"Unum evaluated my loss of hearing as an unknown cause and now they say I can work," says Rita, in an interview by closed caption decoder telephone. Even though Rita's doctor has said-- in every medical report Unum has requested-- that it is impossible for her to work as a lab researcher, the insurance company has a "career counselor' that trump medical expertise."Unum told me that I can get a job online as a researcher, but I have tried to find work and sent in numerous applications—nobody has accepted me," says Rita.

"Unum gave me contact numbers of places where I should apply but some of them don't even exist," she says. "When I did manage to contact a company, they weren't hiring and wouldn't accept my application." (Given the time it took talking with Rita during this interview, it would seem almost impossible for her to have much success in applying for a new job.)

Rita explains why she agreed to talk about Unum. "I don't want any more people to suffer because of this company; I want to give this information to make it public, so that people will know Unum operates in bad faith," she says. "The only way I can communicate is with captioned telephone—that I bought with my own money." How does Unum expect Rita to find a job and incur expenses such as an expensive communication system when she has virtually no income? If Unum sets themselves up as career counselors, advising people on where and how to find employment, shouldn't they contribute to training and re-education? If Unum tells Rita to work online, shouldn't they supply her with the necessary equipment to do so?

In 2004 and 2005, regulators ordered Unum to re-evaluate thousands of denied claims. According to the LA Times (April 12, 2007), the company reviewed less than 10 percent of the 290,000 claims eligible for review and potentially, re-instatement of benefits. Rita is one of the 90 percent yet to be reviewed—legal help may speed the process.